There are so many failed Grey’s Anatomy relationships that we’re still crying over — Meredith and Derek, Mark and Lexie, just to name a few — but there are some that didn’t move us. Whether they lacked chemistry or that they were simply just rebounds, there are a few relationships that probably should’ve never started in the first place.

Here’s the list of the top five most forgettable Grey’s relationships of all time. See if our list matches up with yours!

5. Alex and Lexie (Justin Chambers and Chyler Leigh)
Alex and Lexie were cute, don’t get us wrong, but they were never meant to be together. Alex essentially used Lexie to get over his failed marriage with Izzie and Lexie used Alex to get over Mark. It was fun while it lasted, but we’re not still crying over the split.

4. Arizona and Eliza (Jessica Capshaw and Marika Dominczyk)
Talk about a controversial relationship! Eliza came to Grey Sloan Memorial to revamp the hospital and turn it into more of a teaching hospital but managed to make every doctor (besides Arizona) hate her. Arizona and Eliza had great chemistry, but there was just something so wrong about seeing them together when everyone else hated Eliza.

3. George and Izzie (T.R. Knight and Katherine Heigl)
We don’t blame most Grey’s Anatomy fans who try to block this relationship from their memory. George and Izzie had such a great friendship and always had each other’s backs, which is why they completely ruined everything by dating. They had zero romantic chemistry and George ruined his marriage to Callie for good. It was all bad!

2. Meredith and William (Ellen Pompeo and Scott Elrod)
Meredith tried to move on following Derek’s death with William, but their relationship was doomed from the start. Meredith just wasn’t ready to date so quickly after she lost the love of her life, and William was certainly not the right person with whom to try.

1. Jackson and Stephanie (Jesse Williams and Jerrika Hinton)
Jackson and Stephanie were sweet, but it’s hard to even remember their relationship considering the fact Jackson left her for April at April’s wedding to Matthew, nonetheless. Jackson was never in love with Stephanie, he always wanted April, but Stephanie was too naive to see it. 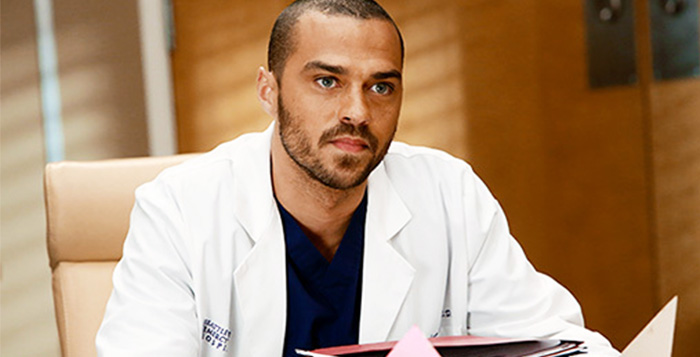