The brand new season of Dancing With the Stars is less than a month away, which means we’re close to finding out who will be competing for the coveted Mirrorball Trophy. While DWTS always has a number of fierce competitors, we have a good feeling Season 28 may feature former Bachelorette star Hannah Brown — and here’s why.

Though we won’t know who’s competing until the cast is announced Wednesday on Good Morning America, there’s a chance Brown will be in that lineup. Not only would she be a great fit for the show, she’s in need of a good distraction after breaking up with Jed Wyatt. Here are five reasons why she would be great on Dancing with the Stars.

5. Dance Experience
While it’s always fun to see stars who’ve never danced try their hardest each and every week, it’s also nice to watch people who have a little experience. Though Brown is not a professional dancer by any means, she did dance throughout her childhood, which means she’d probably make it far into the competition.

4. Super Popular
Along with having the talent to go far in the competition, there’s no question Brown is the most popular Bachelorette ever. Not only does she have over two million Instagram followers, but all of America is rooting for her success. Bachelor Nation stars always seem to do well, but there’s a good chance Brown’s popularity could lead her to victory.

3. Break The Curse
It has been a very long time since a female Bachelor Nation contestant has competed on DWTS. In fact, only two female contestants have ever been on DWTS, and only one of them was the Bachelorette!

Former Bachelorette Trista Sutter competed on the very first season back in 2005 and former Bachelor contestant Melissa Rycroft won the Mirrorball Trophy in 2012. Since then, a number of male Bachelor Nation stars have competed — like Sean Lowe, Chris Soules, Nick Viall, and Joe Amabile — so it’s time for another woman to give it a shot!

2. Giving It Her All
Since she broke off her engagement to Wyatt, Brown will be able to give 100% of her time and commitment to DWTS. Often times it’s hard for contestants who have families or significant others to really immerse themselves in the experience, but that wouldn’t be the case for Brown. Plus, having to learn new dances and compete every week would probably be a great distraction for her.

1. Finding Love
Though stars don’t always fall for their professional partners, it has happened before… just look at Shark Tank star Robert Herjavec and his now-wife Kym Johnson. They met on DWTS and now have two children together! While Brown probably won’t go into the experience looking for love, it would be an incredible full-circle moment if she found it. 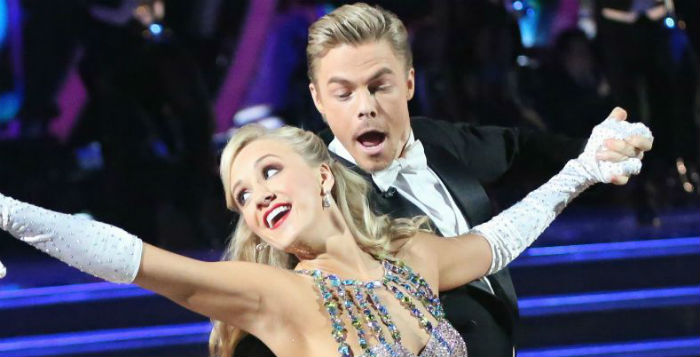