The Cassadines — the only aristocratic Greco-Russian clan in soap opera history — has been a blight on the General Hospital landscape for nigh on three decades and counting.

That’s a fact that budding reporter Molly Davis is no doubt learning thanks to the in-depth report she is completing for The Invader. But while the names Helena, Mikkos, and Nikolas are well-known might her investigation also uncover these four little known relatives?

Who Are These Cassadine Relations?

Anthony ‘Tony’
Under the guise of Tony Castle, this Cassadine brother whose siblings are Mikkos, Victor and Sophia, sailed into Port Charles aboard his luxury yacht, the Titan, and immediately made the acquaintance of Dr. Lesley Webber.

Though he romanced the General Hospital physician, Tony’s true intent was to retrieve a prized possession that a former lover — Alexandra Quartermaine — had pilfered from him after their hot and heavy affair significantly cooled.

Through a series of madcap misadventures that included a spot of murder or two, Tony finally reclaimed his prize (an ugly black rock mounted on a pedestal known as the Ice Princess). However, he would never reap the benefits of his labor as he and Alexandra wound up being frozen to death inside a laboratory operated by his elder brother Mikkos.

Petros
Petros Cassadine — who looked identical to his cousin Mikkos — made his way to Port Charles in 1984, ostensibly to appraise the way in which Helena’s $10-million endowment to General Hospital was being invested.

However, he was also interested in acquiring The Venture, a state-of-the-art sea vessel being sold by the cash-strapped World Security Bureau. Scorpio and Sean Donely, two agents with the WSB, feared that Petros planned to use the ship for nefarious purposes and worked to bring an injunction against the Cassadine relation.

When the hold was approved, and Petros was served with the papers, he departed for parts unknown but issued a warning to his betrayers. “When a Cassadine has been made to seem foolish as I have, there’s the consolation that, someday, there will come the moment of sweet revenge.”

Dimitri
Dimitri was introduced in 1986 hailing from Brazil and possessing little of the wealth that had defined his aristocratic family. He teamed up with Sean — by now besotted with Monica Quartermaine — in a scheme to rob the woman’s in-laws of their vast fortune.

The trio managed to get the Qs to make a number of investments in worthless stocks and to funnel cash reserves into shell corporations that they secretly owned. With the coffers overflowing, Dimitri double-crossed his co-conspirators and returned to his homeland all the richer for it. 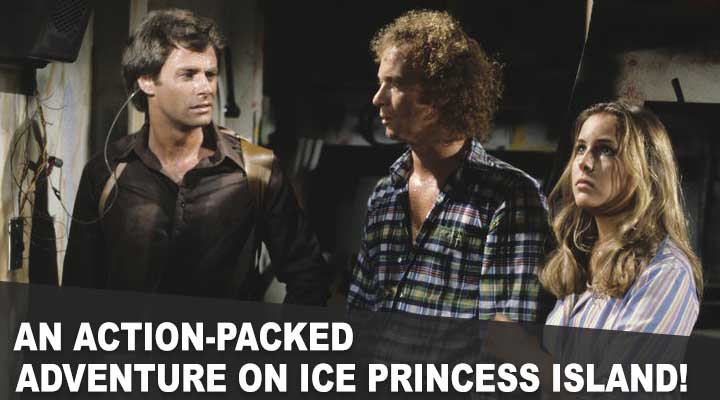