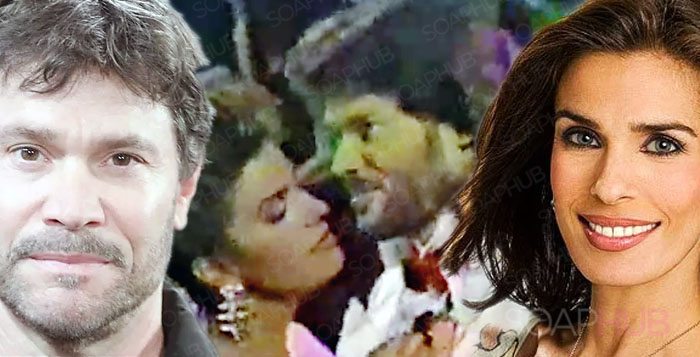 When it comes to ranking daytime supercouples, Days of our Lives’ Bo Brady and Hope Williams are at the top of the all-time heap. The beloved twosome first connected onscreen in 1983 and they were a prominent part of Salem until Bo’s tragic death in 2015.

Days of our Lives — Top 10 Bo and Hope Moments

Despite his death and her having left town, their escapades in and out of Salem should never be forgotten. Here’s a look back at the pair’s Top 10 most memorable moments.

1. Happy Birthday, Baby
When Bo agreed to be Hope’s date to her 18th birthday party, things started off lovingly but ended with a spat. Later that night, the pair talked things out, and Bo admitted he loved Hope. They kissed and headed to bed, but were interrupted by Hope’s dad, Doug, who burst in and had a heart attack.

2. Kidnapped Bride
After pushing Hope away because of his dangerous undercover work, Hope fell prey to Larry and agreed to marry him. On their wedding day, Bo stole a motorcycle and kidnapped the bride. Bo explained all to Hope and declared his love, and they reconciled with a passionate kiss.

3. The First Time
Although later forced to marry Larry, Hope continued to meet with Bo in secret. When he headed to New Orleans on an assignment, Hope followed. The duo shared romantic days at Oak Alley Plantation, exchanging mock wedding vows and making love for the first time.

4. An English Wedding
After helping bring a killer named The Dragon to justice in England, Bo and Hope were rewarded handsomely with a lavish wedding by the British government. Family and friends flew in for the romantic ceremony, and the couple pledged their love through all eternity.

5. Number One Son
Getting to the hospital for their first child’s birth involved a comedy of errors, but Bo and Hope arrived in the nick of time. In the delivery room, a terrified Bo comforted Hope. However, once Shawn was born and Bo declared, “We have a son,” the new dad passed out cold.

6. Puzzle Solved
The big reveal that “Gina” was Hope back from the dead was set in motion, when she opened a puzzle box that only she and Tom knew how to solve. Alice found a letter inside that Hope had written to Bo on their wedding day, and Bo began reading it aloud. When “Gina” began reciting the words, Bo realized his soulmate was alive, and he, Hope, and their young son, Shawn, embraced.

7. A Christmas Eve Wedding
Bo and Hope’s second wedding was a laid-back affair. Bo shot hoops with Shawn before the ceremony, while Hope stopped by Burger Barn for a snack on their limo ride to the church. After removing some splattered ketchup from her dress and face, Doug walked Hope down the aisle, and she and Bo acknowledged that their love was “deeper and more powerful” than ever.

8. Zack’s Revealing Christening
Bo and Hope eagerly awaited results of DNA tests they’d had taken on young Zack on his christening day. To their delight, they revealed Bo was indeed the boy’s father, a product of a mysterious night Bo and Hope had spent together in Paris. It was a true miracle for their family.

9. Welcome Ciara
The couple received another miracle when Patrick finally admitted he’d tampered with paternity tests performed on the unborn Ciara. After Bo helped Hope deliver the beautiful baby girl, Patrick had an attack of conscience. He ‘fessed up that the infant was actually Bo’s child.

10. Bo’s Return and Death in Hope’s Arms
A heroic Bo made his way back to Salem in time to save Hope from her murderous new husband, Aiden (Daniel Cosgrove). The couple, who’d been separated for three years, easily found their way back into each other’s loving arms. Sadly, it wouldn’t last long. Shortly afterward, Bo succumbed to a brain tumor and died in Hope’s arms in the park. Days of our Lives (DOOL) airs weekdays on NBC. Check your local listings for airtimes.