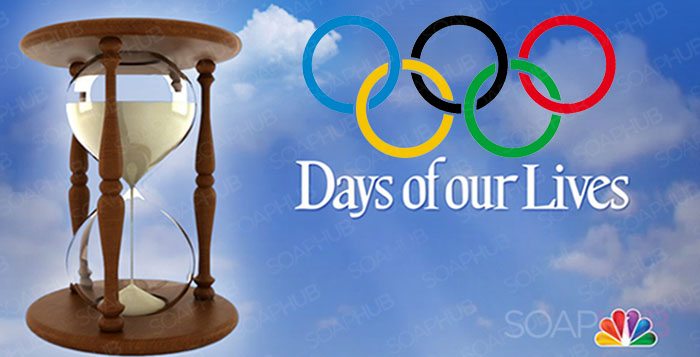 Days of our Lives’ long two-week hiatus is finally over. The NBC soap begins airing fresh episodes on Monday, August 9, and, based on the cliffhanger that aired before the Summer Olympics break, things are going to be action-packed. What can viewers expect the rest of the summer and beyond from the NBC soap? Here are four bold predictions.

Days of our Lives Reunion Shocker

Ben Weston’s (Robert Scott Wilson) high-risk plot – kidnapping Ciara Brady (Victoria Konefal) before she could exchange “I Do’s” with Theo Carver (Cameron Johnson) – has a high reward. Once he gets her alone and they share some intense one-on-one time, Ciara finally remembers her deep love for Ben. The pair spend a few passionate days together reconnecting, before returning home where Ciara breaks the news to Theo that they’re over. What’s the twist? The next point of contention for “Cin?” How about Ciara finding out she’s pregnant with Theo’s baby?

Armed with Kristen DiMera’s (Stacy Haiduk) letter, EJ DiMera (Dan Feuerriegel) confronts Sami Brady DiMera (Alison Sweeney) about her affair with Lucas Horton (Bryan Dattilo). She tries to weasel her way out of it, but, in the end, has to admit she cheated – and not just once. EJ berates his wife, announces their marriage is over, and files for divorce. Then he sets out on a revenge plot targeting everyone who’s ever betrayed him before. No one is safe from Lucas to Nicole Walker (Arianne Zucker) to Kate Roberts (Lauren Koslow) to his own brothers, Chad DiMera (Billy Flynn), and Tony DiMera (Thaao Penghlis).

Days of our Lives: Sarah Resurfaces

This would be a real Days of our Lives shocker — The fate of Sarah Horton (Linsey Godfrey) is finally revealed – not only where she is, but why she’s stayed away, even after having been freed by Kristen. Let’s imagine that Dr. Rolf injected her with a special serum that’s made her forget who she is and all about Xander Kiriakis (Paul Telfer). Eventually, she starts having memory flashes that lead her back to Salem. Once she arrives, she’s spotted by Gwen Rizczech (Emily O’Brien), who plots and schemes to keep her far away from Xander.

It’s time for a new Salem quadrangle. How about Ava Vitali (Tamara Braun), Rafe Hernandez (Galen Gering), Nicole, and EJ? Even though Nicole’s been dreaming about her bestie Ava’s man, Rafe, let’s not forget she had a pretty hot connection with EJ back in the day. Heck, they were married. Now that the pair are both free, they might consider revisiting that past. Ava could find herself drawn to the rich DiMera, too, as she worries about Rafe’s feelings for Nicole.