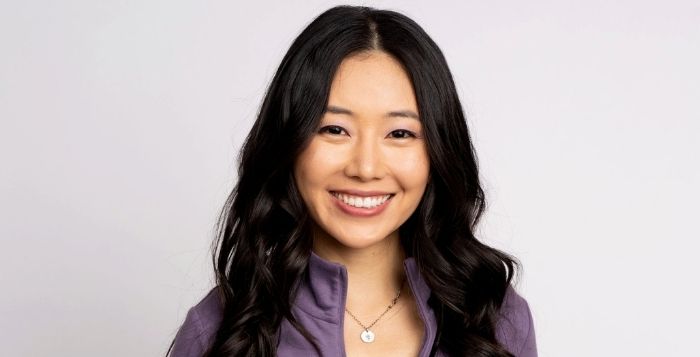 The Young and the Restless Kelsey Wang

Jack Abbott’s lost a son – his lovechild with the late Luan Volien (the late Elizabeth Sung), Keemo Abbott (Phillip Moon) – but gained a granddaughter in a surprise twist on The Young and the Restless. Luckily for viewers, that brings a former General Hospital favorite to Genoa City…eventually…as Kelsey Wang joins the cast.

Kelsey Wang as Allie on The Young and the Restless

Wang has been cast in the role of Allie. The mysterious newcomer surfaced on March 11 and is sure to become a pivotal part of Genoa City. After all, she’s got ties to one of the town’s most prominent families.

Want to learn more about the actress? Here are seven things to know about Kelsey Wang:

1. The Chinese-American actress was born in Beijing and spent her early childhood years in Singapore. She moved to the United States with her parents at the age of 7, settling in Dallas, Texas.

2. English isn’t Wang’s first language, but she learned it fairly quickly upon relocating to America. How? She started watching soap operas.

4. One of Wang’s “crazy childhood dreams” was to be a pro poker player, according to a social media post. Back in 2019, she placed second in the MGM daily no limit poker tournament and was the sole female after the first hour.

5. This isn’t Wang’s first time on The Young and the Restless. Back in 2011 she made a one-day appearance as a vendor.

6. General Hospital fans may recognize Wang. She recurred on the soap from 2018 to 2020, portraying Daisy Kwan. The character was the Dawn of Day cult member who befriended Kristina Davis (Lexi Ainsworth) and brought her into the fold.

7. Wang played Liuli in the U.S. premiere of Chimerica (2014 Olivier and Evening Standard Award for Best Play). The play had the prestigious distinction of being recommended by Helen Hayes.