The History of The Young and the Restless 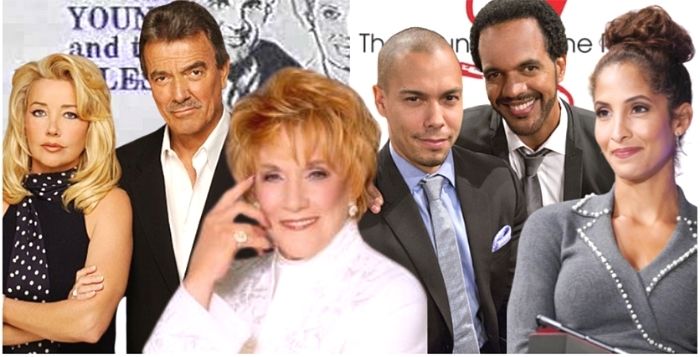 The History of The Young and the Restless

On March 26, 1973, The Young and the Restless debuted, ushering in a new era of daytime drama. Show creator William J. Bell had already taken soaps from the living rooms and kitchens into the bedrooms during his stint as head writer on Days of our Lives and he pushed boundaries even further when he created Y&R.

The Young and the Restless – The History

Originally titled “The Innocent Years,” Bell and his wife, co-creator Lee Phillip Bell, a renowned talk show hostess and documentarian on the Chicago TV scene, rethought the name of the show upon realizing that there were no more “innocent years” following the turbulent 1960s. Instead, it became The Young and the Restless.

Bell created two families to tell his stories – the wealthy Brooks clan and the struggling Fosters. Just as he had at DAYS, Bell made music an integral part of the show. Before its first anniversary, the character of Katherine Chancellor (Jeanne Cooper) was introduced and her feud with Jill Foster (originally, Brenda Dickson; later and now, Jess Walton) became synonymous with the show.

Bell tapped into his wife’s knowledge of social issues that she addressed on her talk shows to help more authentically tell tales on Y&R such as breast cancer which Jennifer Brooks (Dorothy Green) fought.

The Young and the Restless Growing Pains

CBS took a “hands-off” approach with Bell and The Young and the Restless in the late 1970s as the show was doing so well. It won the Daytime Emmy for Outstanding Drama Series in 1975, just two years after its debut. However, the network wanted the show to go to an hour in length. Despite Bell’s initial objections, Y&R switched to the hour format on February 4, 1980.

Cast departures became an issue, too. After recasting many roles, Bell decided that he couldn’t continue his original characters once Jaime Lyn Bauer informed him that she’d be exiting her part as beloved Lorie Brooks. Bell took two characters on the show – Jack Abbott (first, Terry Lester; now, three-time Daytime Emmy-winner Peter Bergman) and Paul Williams (Doug Davidson) – and built families around them.

Cooper’s Katherine provided a through-line as the show entered this new era. Ratings continued to climb and Y&R took home Outstanding Drama Series at the Daytime Emmys again in 1983, 1985, and 1986.

In the mid-1980s, Bell and his family moved to Los Angeles so that he could launch its sister soap The Bold and the Beautiful, which debuted in 1987. Bill and Lee’s daughter, Lauralee, was by this time a contract player on The Young and the Restless as Cricket Blair.

The teen heroine tackled various issues, including babies being sold on the black market, drunk driving, crack babies, and date rape. Seeing the justice system up close during her assailant’s trial encouraged Cricket to become a lawyer. By the time she graduated from law school, she went by her birth name – Christine.

The Young and the Restless took the top spot in the ratings in 1988. The stories that drove the show to the top included the ongoing Jack and Victor Newman (Eric Braeden) rivalry, the triangle between Nikki Reed (Melody Thomas Scott), Victor, and Jack’s sister Ashley Abbott (Eileen Davidson; Brenda Epperson). Danny Romalotti (Michael Damian) rocked the house with musical concerts.

Lauren Fenmore (Daytime Emmy-winner Tracey Bregman) matured from the “mean girl” who was so cruel to Traci Abbott (Daytime Emmy-winner Beth Maitland). Lauren’s marriage to Paul failed but she moved on to a new life with handsome doctor Scott Grainger (Peter Barton). An obsessive nurse, Sheila Carter (Kimberlin Brown), became obsessed with not only Scott but Lauren’s unborn baby. She kidnapped the boy after he was born and the story climax left everyone thinking Sheila had died in a fire.

Bell brought a crime novel to life on The Young and the Restless with the George Rawlins murder mystery storyline. Paul fought for his freedom after his pal George Rawlins (Jonathan Farwell) had been murdered. Suspicion fell on George’s younger, beautiful wife Cassandra (Nina Arvesen), whom Paul had fallen for, but the real killer turned out to be Adrian Hunter (Mark Derwin).

The Young and the Restless — Anniversaries, Alumni, and Tragedy

Bell brought in a new younger set by aging Victor and Nikki’s children, Victoria (Heather Tom; Amelia Heinle) and Nicholas (Joshua Morrow), and giving them stories of their own. Nick Newman and Sharon Collins (Sharon Case) quickly emerged as the show’s new young couple. Michelle Stafford was cast as diabolical Phyllis, who lied about sleeping with Danny.

The Young and the Restless was going stronger than ever in 1998 when the show celebrated both its 25th anniversary and the remarriage of Victor and Nikki, who was on her deathbed. Victor practically willed Nikki back to life, proving that love is the greatest force in the world – or at least certainly on Y&R.

The show lost two of its most popular cast members when Jeanne Cooper died in 2013 and Kristoff St. John passed away in 2019. A portrait of Katherine Chancellor hangs in the Chancellor living room. Neil’s legacy remains alive as his character is often referred to. His son Moses (Jacob Aaron Gaines) has returned to Genoa City and is part of the show’s latest younger set.