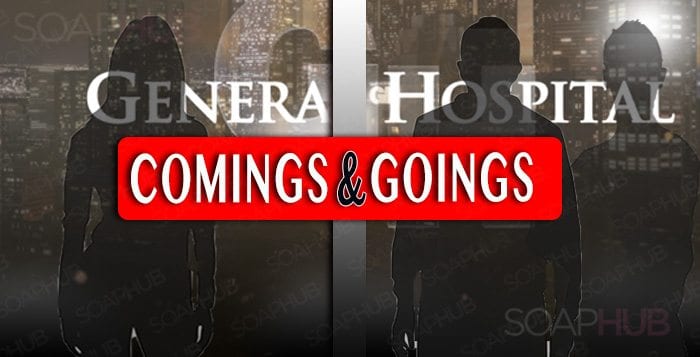 Who’s coming and who’s going from General Hospital (GH)? Are any of your favorite performers from yesteryear returning to the daytime drama, this week, or in the not-too-far-off future?

Kelly Thiebaud slipped off into the night as Dr. Britt Westbourne, when the clock struck midnight on New Year’s Eve last week. Thiebaud , who made her General Hospital debut in 2012, reprised her role as Eva Vasquez on Station 19 earlier this season. Next, she’s set to appear in the film Shakey Grounds with Eric Roberts (ex-Vance, The Young and the Restless).

Anthony Montgomery resurfaced as Dr. Andre Maddox, Anna Devane’s (Finola Hughes) old pal and former psychiatrist. The actor, who joined GH in 2015, left the soap in 2017 when his character was sent to prison. He returned briefly in 2018 and again in 2019.

GH made its debut in 1963 and was created by the husband and wife team of Frank and Doris Hursley, taking place at a hospital in an unnamed city. In fact, the setting wasn’t named Port Charles until the 1970s. General Hospital is the longest-running soap opera currently on air.

From legendary Laura’s (Genie Francis) four decades on and off and back on as the show’s leading heroine, to Anna Devane’s (Finola Hughes) exploits, to Sonny Corinthos (Maurice Benard) and his mobster activities, GH certainly knows how to please their viewers.