The History of General Hospital 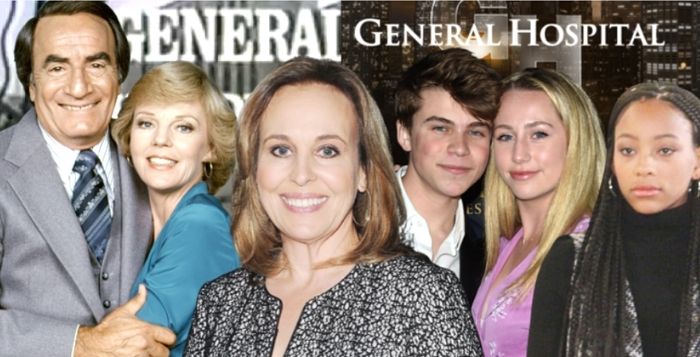 By the time it premiered on ABC in April 1963, General Hospital was described as a serial about, “the personal and professional lives of a doctor and his staff in a metropolitan hospital” –  but if Armand Grant, the then head of the network’s daytime programming slate, had his druthers, a very different show would have been debuting.

As initially conceptualized, what we now know as General Hospital was originally set to be a daily anthology series much in the same vein as primetime’s Ben Casey and Dr. Kildare. Each episode of Emergency Hospital would have spotlighted the diligent efforts of one of four main characters: a doctor, a nurse, an ambulance driver, and a police officer.

Plans for the series were scuttled after news emerged that NBC was planning to air a nearly identical medical anthology; in its place debuted a hospital-oriented soap opera, developed by Frank and Doris Hursley, the stewards of CBS’s uber-popular washboard weeper Search for Tomorrow.

The initial concern of General Hospital was on the platonic friendship of gruff but loveable Dr. Steve Hardy and vulnerable put-upon Nurse Jessie Brewer, their romantic travails, and the ailing patients they attended to.

For over a decade, Jessie found herself tied to her emotionally abusive, faithless, and much younger husband, Dr. Phil Brewer. It was only in his violent death at the hands of a former paramour that Jessie achieved cathartic release. Meanwhile, Dr. Hardy’s pursuit of Audrey March, a former flight attendant turned nurse, though no less fraught, ended far more happily with a second, solid marriage and a blended family.

By the mid-1970s, with the hospital milieu having finally grown at best stale, and, at worst, painfully repetitive, General Hospital found itself in dire straights. In fact, it found itself on the brink of cancellation.

It managed to rebound under the guardianship of visionary producer Gloria Monty, who revolutionized the genre along with virtuoso plotter Douglas Marland. They thrust young teenaged Laura Vining into the forefront to shake up. Eventually, she became involved in a romance with Scotty Baldwin, and the two married. At the same time, the dramatic quadrangle of Lesley and Rick Webber along with Monica and Alan Quartermaine took form. Another important ingredient was added when Marland brought on the character of have-not, Bobbie Spencer, a former prostitute studying to become a nurse and all of this was paramount to the show’s resurgence in the ratings.

When Bobbie’s older brother Luke Spencer entered the picture, and he and Laura had to go on the run, the show exploded, landing the covers of both Newsweek and People Magazine. They fought the mob, a crazy psychopath who threatened to freeze the world with his weather machine, and anyone else who threatened to come between them.

It became a formula as romantic couplings set against a backdrop of danger and intrigue became in vogue, bolstered by the near-universal acclaim heaped upon adventurers Luke and Laura. It spawned loads of imitators around the dial as other soaps sought to duplicate the show’s incredible formula for success.

By the 1990s, fantasy gave way to social conscience, and, for the first time in years, General Hospital was once again a primary setting on the soap as AIDS, breast cancer, organ donation, and other reality-based stories took center stage.

A decade later, the goings-on at the institution would give way to the intrigue wrought by members of the underworld class, ushering in a new era for Port Charles and its denizens.

Though its original focus was on the personnel who toiled at the eponymous medical facility, and the patients treated therein, General Hospital eventually expanded its parameters and began to give serious consideration to the lives of the city folk dwelling in Port Charles at large. Since the mid-aughts, GH has examined the lives and loves of the quarrelsome Quartermaine dynasty, the monied and corrupt Cassadines, the blended Scorpio/Jones family, the mafia-affiliated Corinthos clan, and several other satellite relations.

For many years, actors John Beradino and Emily McLaughlin, who played Steve Hardy and Jessie Brewer respectively, were the most senior members of the cast. Actress Rachel Ames (Audrey March Hardy) currently holds the record for the longest-serving actress on an ABC soap opera – her tenure lasting from 1964 to 2007.

At its onset, General Hospital occupied a half-hour timeslot. It was lengthened to 45 minutes in 1976, and then to a full hour two years later. Between 1979 and 1988, GH reigned as the number one rated daytime soap opera.

General Hospital has birthed both a daytime and a primetime spinoff – Port Charles (1997-2003) and General Hospital: Night Shift (2007-2008) – as well as sister series, The Young Marrieds (1964-1966). GH also occupies the same fictional universe as several other soap operas aired on the ABC network, including All My Children, One Life to Live, Loving, and Ryan’s Hope.

As a byproduct of its continued popularity, General Hospital has been parodied across multiple platforms including film (see the 1982 comedy film Young Doctors in Love), magazines, TV, and song (General Hospi-tale by the Afternoon Delights famously cracked the Top 40 in 1981).

With 14 wins, General Hospital holds the record for most Daytime Emmy Award wins in the Outstanding Drama Series category. Additionally, over 40 awards have been doled out to members of the series acting ensemble, including eight Lead Actor statuettes for Tony Geary.