There’s no question Grey’s Anatomy has been through some devastating deaths, but there are a few that stand out among the rest. Whether it’s that the character was so beloved it was hard to say goodbye or the death was especially emotional, we couldn’t help but cry over these very tragic losses.

Here are the top five most heartbreaking Grey’s Anatomy deaths of all time. See if our list matches up with yours!

5. Adele Webber (Loretta Devine)
Adele’s death broke our hearts. Not only did she stand by Richard after he had an affair with Ellis, but she always supported him. Richard was forced to watch his wife slowly slip away from Alzheimer’s, which was horrible to watch. Adele eventually passed away because of a heart attack, but her slow demise was heartbreaking.

4. George O’Malley (T.R. Knight)
Of course, George had to die a hero by jumping in front of a bus to save a stranger! When Meredith finally realized he was the John Doe brought into the hospital, our hearts sank. He was completely unrecognizable, but it was clearly George. At least he had a final moment with Izzie before he passed, but we’ll never forget his death.

3. Lexie Grey (Chyler Leigh)
The plane crash that took out Lexie Grey was a tough episode to watch. Not only had Meredith just recently accepted Lexie as her sister, she finally had a family member she really loved spending time with. Not to mention, watching her die with Mark holding her hand had us all in tears.

2. Denny Duquette (Jeffrey Dean Morgan)
Izzie literally risked her entire career to save Denny and it worked, if only for a little while. Denny was able to get the heart transplant he so desperately needed, but it ultimately wasn’t enough to save his life. It was even more heartbreaking to watch Izzie in a prom dress sobbing over Denny’s dead body.

1. Derek Shepherd (Patrick Dempsey)
We’ll never forgive the Grey’s Anatomy writers for killing off Derek. Meredith was left without a husband and their children without a father. After everything Meredith had been through, she had finally found her one true love — and now he’s gone forever. 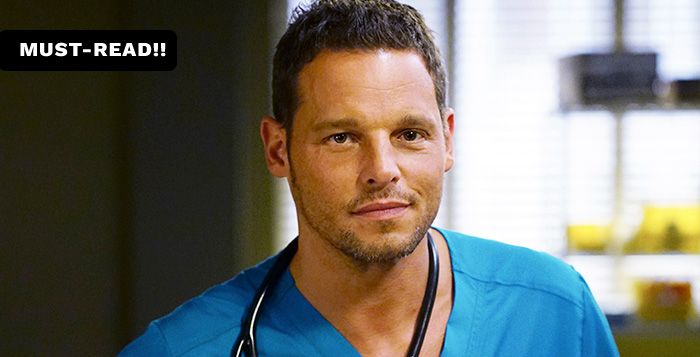