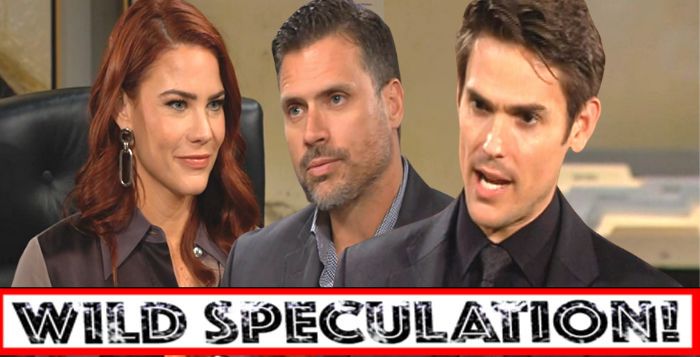 Y&R spoilers revealed how Adam Newman did his best Humphrey Bogart at the end of Casablanca bit and dumped Sally Spectra…for her own good. He sucked up his manly pain and told Victoria Newman and Nicholas Newman that they should keep Sally on as CEO.

Which is what Adam (Mark Grossman) did his entire break-up tap dance for. But is this about to blow up worse than Adam could have possibly imagined?

Sally (Courtney Hope) seemed to have a bit of an inkling that Adam wasn’t on the up and up, but he doubled down on the cruelty and reduced Sally to tears before leaving the office — to hold back his own reddening eyes.

Looks like she bought it. Sally really believes that Adam dumped her. Which means she’s a free woman. Which means she can do whatever — and whomever — she wants now. And what if who she wants…is Nick (Joshua Morrow)?

Young & Restless: Why Not?

At the time, we assumed that Phyllis just couldn’t handle another scheming redhead in Genoa City. Sally was basically a young Phyllis. Which means that Sally is exactly Nick’s type…only younger.

Can you imagine Adam’s reaction when, after everything that he sacrificed to protect Sally’s job, she ends up keeping it because she’s sleeping with Nick? Sally didn’t just love Adam, she also supported him in a way no one else ever had. And now she was going to do the same to Nick? Adam is going to lose his mind!

And we know Sally is just going through the motions! Adam is who she really wants! But sleeping with Nick is a great way to get back to him. Let the soapiness begin! Think this wild speculation could really happen? Let us know in the comments section below.