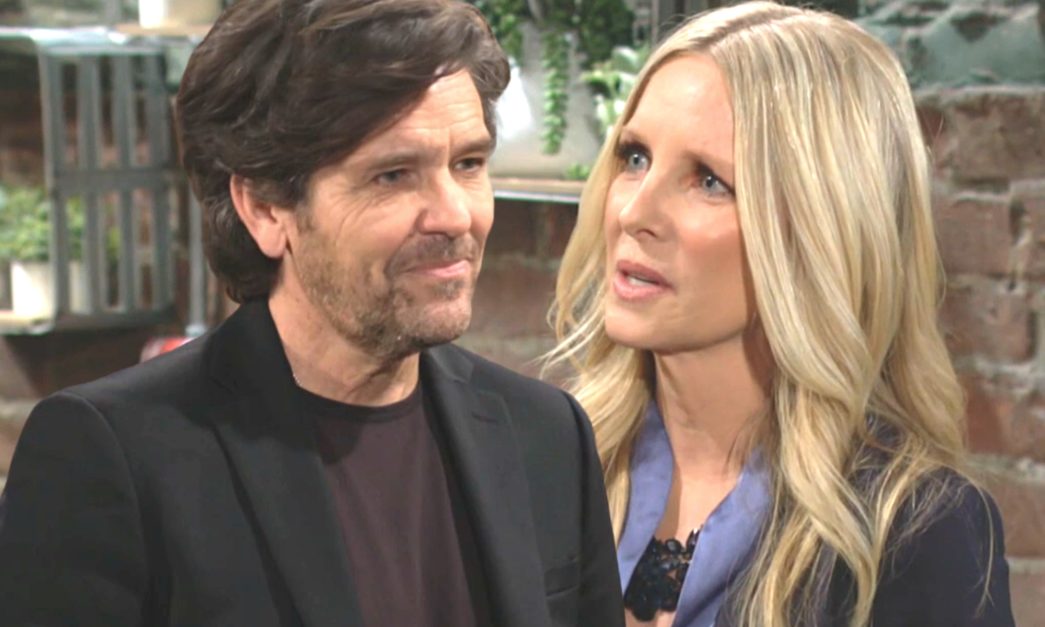 Danny Romalotti popped back up on The Young and the Restless to spend Christmas with his son, Daniel Romalotti…and to catch up with ex-wife Christine Blair Williams. He even stuck around after the holidays were over to make sure they had a chance to chat.

The two recalled what broke them up in the first place — Phyllis Summers (Michelle Stafford). Daniel’s (Michael Grazaidei) mother, Phyllis, was what broke them up. And to wonder about what might have been…before both went back to their respective lives, Danny (Michael Damian) with his music, and Chris (Lauralee Bell) with her, you know, husband. But does none of that matter? Should the pair consider a reunion of the romantic kind?

Danny is busy touring the world, singing, and being a star. If he wants any chance at winning back Christine, he needs to take a step back, return to Genoa City, and remind his Cricket of how good they were together. After all, when was the last time Chris saw Paul Williams (Doug Davidson)? Feels like years to 14% of you. And if it feels like that to Christine, then the only solution is for Danny to clock more face time.

For 23% of you, Paul could not matter less. As far as you’re concerned, Danny and Christine are the true love match, and Paul was just who she settled for once Phyllis drove a wedge between her and Danny. Even they admitted they’d still be together if that hadn’t happened. So, now that Phyllis is out of the picture, Paul should be too…and it should be Danny and Christine for the win!

Danny Romalotti Is Singing His Heart Out

Danny is too busy, 63% of fans dismiss. He’s got songs to sing and arenas to fill and video games to score. So leave Christine — and Paul — alone, and go back to wherever you came from. No room at this inn for you until you’re ready to settle back down…permanently.