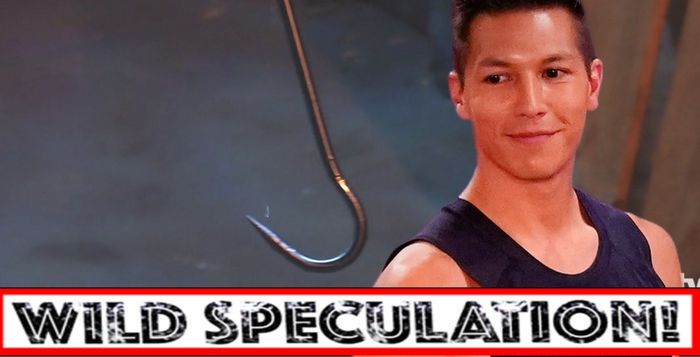 GH spoilers reveal another Hooker attack coming soon, and Brando Corbin did manage to give Jordan Ashford an important clue before he seized — the person who attacked him had some sort of jewelry that made a clanking sound like bracelets.

Just after Brando (Johnny Wactor) mentioned the clanking jewelry to Jordan (Tanisha Harper), the show cut right to the next scene with Dex Heller (Evan Hofer) at the pool wearing dog tags that made a clanking sound. The clear juxtaposition between the scenes made it obvious GH wants us to suspect that Dex is the killer, but it was actually too obvious and painfully so.

Yes, Dex has somehow been around for both attacks. With Ava Jerome Cassadine (Maura West), he showed up at just the right moment to help Josslyn Jacks (Eden McCoy) save Ava’s life. In the case of Brando’s attack, Brando happened to be following Dex because he was suspicious of what he was really doing with Josslyn at Charlie’s.

Since we know the killer can’t be someone that the show is throwing in our face and making us believe is the culprit, we are going to cross Dex off the suspect list right now. However, we are certainly not marking out Officer Rory Cabrera (Michael Blake Kruse).

Is Rory Way Too Good To Be True?

After all her troubles with Spencer Cassadine (Nicholas Alexander Chavez), Rory seems like such a breath of fresh air to Trina Robinson (Tabyana Ali). He is kind to her, respectful of her, and seems completely into her. Trina has been longing for someone to be devoted to her like that for years, but is he too devoted and frighteningly so?

Rory is always there at just the right time for any crime and when Trina seems to need him. We barely know anything about him except that he is a cop who can cut a rug at The Savoy and enjoys graphic novels. Oh, and he can make brownies. We know nothing of his past, his upbringing, or his family, and when a character seems to have no other connection to the show than being seemingly obsessed with another character, that character is usually expendable.

While Jordan (Tanisha Harper) and Sonny Corinthos (Maurice Benard) now believe that each victim (or intended victim) so far has been somehow linked to Sonny, neither one has picked up on the fact that they’ve been linked to Trina as well. Ava is Trina’s mentor and a mother figure.

Plus, Josslyn was clearly the other intended victim, but Brando got in the way of the Hooker’s plans. Both Ava and Joss are part of Trina’s support system, and perhaps Rory wants to be the only person who Trina ever depends on. If he is obsessive like that, it’s not a far reach to think that he may also be a crazed killer. Time will tell…so stay tuned.