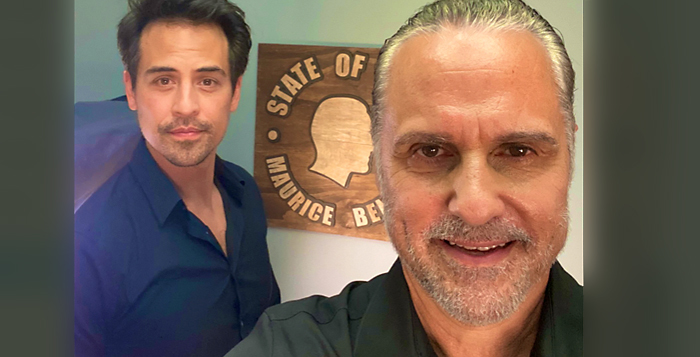 While rumors were all over the Internet for a couple of weeks that Marcus Coloma would be leaving General Hospital, it became official on Monday. Now the actor and good buddy Maurice Benard are speaking out on that exit.

“I’ve had many close, friends leave General Hospital,” shared Benard in a tweet on his official Twitter account. “Of course it’s always sad, and sometimes confusing, I believe when you’re talented it’s always a blessing in disguise I always call [Marcus Coloma] the filmmaker!!! Go kick ass buddy.” It wasn’t that long ago that the two had a deep conversation on Benard’s State Of Mind video podcast series.

Coloma also spoke out about his exit on his official Instagram in a video in which he said, “An ABC rep confirmed…that Marcus Coloma would no longer be playing the role of Nikolas Cassadine. It’s hard to even say it. I get so sad I don’t want to think about it.

“Look, I don’t know what I can or can’t say other than what an incredible ride,” he continued. “There’s such a family feel at General Hospital, which I felt so blessed to be a part of, and I’ve said this a million times the fans are the best fans in the entire world and I think a lot of that is just because you guys have been watching for such a long time. So thank you for including me. Thanks for the love. Happy holidays you guys, Maurice said he’s going to change his number on me, but I know where he lives, and I know where Kin Shriner [Scott Baldwin] lives. We’re still going to film things…much love,” he said to conclude.