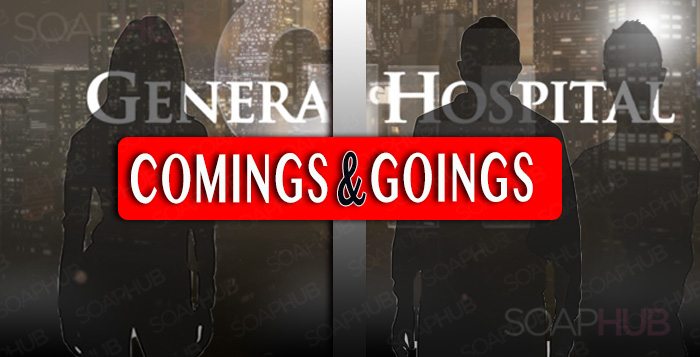 Who’s coming and who’s going from General Hospital? Are any of your favorite performers from yesteryear returning to the daytime drama this week or in the not-too-far-off future?

The week of September 26, 2022
Max Decker is back on the scene in Port Charles as Johann. You should look for Victor Cassadine’s (Charles Shaughnessy) favorite, hunky bodyguard to appear this week. Among Johann’s many talents are knowing the best shortcuts to get somewhere quick, but we’re not sure what he’ll get up to this week.

On the exit front, Johnny Wactor made his final appearance as Brando Corbin in Port Charles. Sadly, his character died after being attacked by the hook-wielding killer terrorizing Port Charles. It seemed as if he was going to survive, but at the last moment, the poison that the hook had been coated with did its job, leading to his demise.

Wactor began his stint as Sonny Corinthos’s (Maurice Benard) cousin back in January 2020, and during the past few years, he’s made quite the mark on Port Charles. He will be missed by many people throughout the city, and several characters will grieve for him in the coming weeks. Brando’s dead but there’s always the chance that Wactor could pop up as his character’s spirit or a figment of Sasha’s (Sofia Mattsson) imagination. That sort of stuff tends to happen on soaps, after all.

GH made its debut in 1963 and is the longest-running soap opera currently on the air. From legendary Laura Spencer’s (Genie Francis) four decades on and off and back on as the show’s leading heroine, to Anna Devane’s (Finola Hughes) exploits, to Sonny Corinthos (Maurice Benard) and his mobster activities, GH certainly knows how to please their viewers.