David Giuntoli is currently starring as Eddie Saville on ABC’s hit new drama, A Million Little Things, but there’s a good chance you’ve seen him on your television in other roles.

Not only has he guest-starred in a number of hit shows, including Grey’s Anatomy, Veronica Mars, and Hot in Cleveland, he was also the star of the show Grimm for six seasons. Here are five fast facts you need to know about David Giuntoli!

Almost Superman
Giuntoli moved out to Los Angeles to pursue acting following his stint in reality television and began auditioning for a number of things. In fact, he was almost cast as Superman in Man of Steel but instead lost out to British actor Henry Cavill.

Reality Star
Giuntoli was scouted by MTV to join their reality series, Road Rules, back in 2003. He decided to be a part of the show and was then offered the chance to be on the seventh season of Real World/Road Rules Challenge. Not only did this make him want to be an actor, but it also helped pay off his college debt!

Hearing Problems
Unfortunately, Giuntoli is completely deaf in his left ear and has to overcompensate with his right ear, making sure he has to sit on the correct side of people so that he can hear conversations.

Co-Star Marriage
Besides his role on A Million Little Things, Giuntoli is best known for his role in the television show Grimm, which co-starred his wife, Elizbeth Tulloch. But the two actually met while filming Caroline and Jackie. They got married in 2017.

New Papa
After tying the knot with Tulloch in 2017, they announced they were expecting their first child in 2018! They then welcomed their baby girl, Vivian, in February 2019. 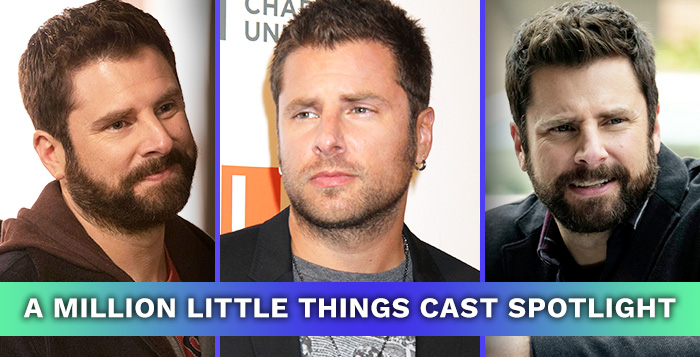