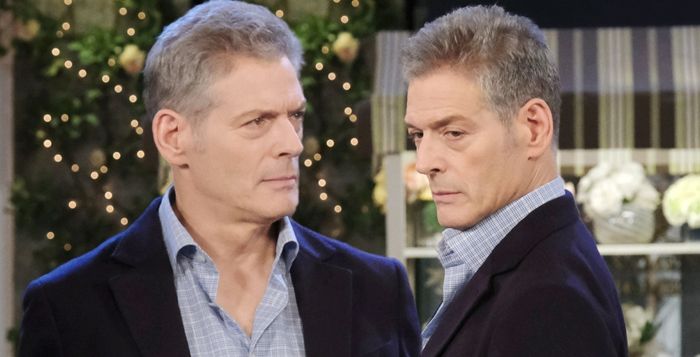 Days of our Lives Craig Wesley

Leo Stark and Gwen Rizczech went through a list of Days of our Lives suspects who could have killed Abigail Deveraux DiMera, stabbed Sonny Kiriakis, and set up Leo for the crimes.

They considered Nancy Wesley (Patrika Darbo)…but did they think about someone Nancy adjacent…i.e., Craig Wesley (Kevin Spirtas)? Here’s what over 2,000 viewers think about that possibility:

Craig is a doctor, 56% of you remind; his job is to save lives, not take them. Sure, we’ve been led to believe he’s a pretty crappy doctor. And he’s definitely a pretty crappy human being, what with the lying, the blackmailing, the job-stealing, and then the more lying.

But being a rotten person doesn’t automatically translate to being a killer. Besides, Leo (Greg Rikaart) may have broken Craig’s heart. But Craig ruined his life all on his own.

Days of our Lives: Who Knows

It’s possible, 28% of the audience shrugs. He did just pop up in Salem. Which is kind of suspicious. But it could be just to wish Nancy well on her engagement to Clyde Weston (James Read) — though how he’d know about it before she did it; maybe Clyde called to ask his blessing? Or to rub it in?

If anyone deserves the chance to rub her happiness in her ex’s face, it’s Nancy. Clyde might have wanted to arrange that for her. And Craig should just stand there and take it. He’s a loser, though, not really a killer.

Why not, a last place but not insubstantial 20% chime in. Craig could be so angry at Leo that he decided to kill innocent people to make his ex-fiancé look bad. And what better than having Craig unmasked as a killer to make Nancy realize she really dodged a bullet and her life will only be better from now on?