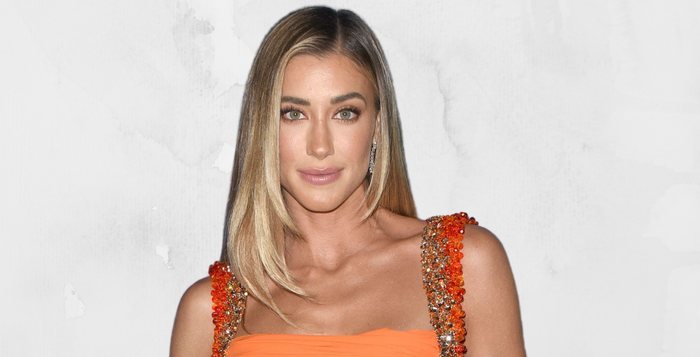 Jessica Serfaty’s debut as attorney Sloan Petersen on Days of our Lives was wildly memorable. One minute she was scantily dressed and romping with Alex in the Kiriakis mansion; the next she was in a power suit at the town police station defending Leo Stark.

Jessica Serfaty — Get To Know Her

The actress/model has appeared in commercials for McDonald’s, Doritos, and Toyota, and in the films, The Ride, FML, and Ryde. Although a newcomer to the daytime scene, she seemed destined to land in Salem. Serfaty tested for DAYS a few times before finally finding the right fit on the soap.

Want to learn more about the actress? Here are seven things to know about Jessica Serfaty:

1. Serfaty was born Jessica Ann Michel on April 4, 1991, in Little Rock, Arkansas. An Aries, she is of French descent.

2. She was a contestant on America’s Next Top Model back in 2010. Serfaty was the ninth girl eliminated and placed fifth.

3. During her run on ANTM, the gorgeous actress started a small fire after accidentally burning a taco laid on top of a toaster. As a result, a fan base called “Little Taco Burners” was born.

5. She’s had great success in the modeling world, having signed with NEXT Model Management in Los Angeles and New York among others. She’s appeared in numerous magazines, including Glam Couture, FaceON, The LA Fashion, Fitness, Shape, Santa Barbara Life & Style, and more.

7. The actress has a huge Instagram following — over one million. You can find her at @jessicamichel.