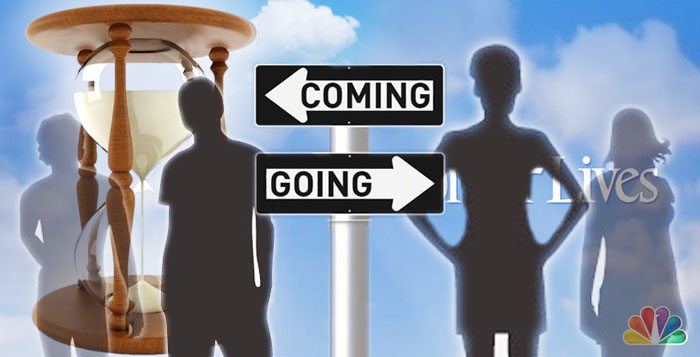 Here comes trouble? Well, maybe or maybe not. Eileen Davidson returned to the Days set on June 5 and began taping scenes to air sometime in November.

The soap, however, isn’t revealing who’ll she be portraying this time around, which means it could be Kristen DiMera, Susan Banks, Sister Mary Moira, Thomas Banks or a combination of any and all of them. Davidson was last seen as Kristen, when the character fell to her “death” out the window and into a river in 2015.

Kevin Riggin is slated for a return run as Rory, JJ’s best friend.

Nadia Bjorlin will be off the canvas for a few weeks, as Chloe departs for New York.

Arianne Zucker finished taping her final scenes as Nicole on June 14, but due to the show’s advanced schedule, she’ll continue airing into December.