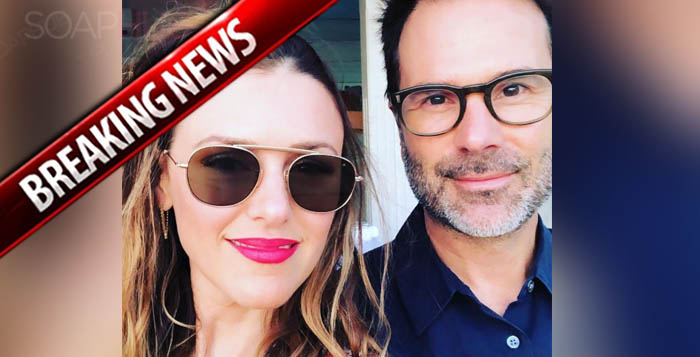 On-screen, Elizabeth Hendrickson has reunited with TV better half Greg Rikaart on The Young And The Restless, and now the actress has some emotional news to share about her off-screen love life, too!

Hendrickson, who recently returned to YR as Chloe, has tied the knot in real-life! She’s now officially off the market! The actress posted a wedding photo of herself and groom Rob Meder, announcing that her news was now public!

Recently, Hendrickson returned to YR as Chloe after a stint as Margaux on General Hospital, the presumed dead daughter of Esther (Katie Linder). The two shared an emotional reunion.

Currently, Chloe and Kevin (Greg Rikaart) are trying to figure out a way to keep her free in light of more people knowing that the presumed dead character is now alive! Chloe was supposedly leaving town with Esther, but did she do it?

Hendrickson’s post indicated that she and her bridegroom got hitched in Gustavia, which is the main town and capital of the island of Saint Barthélemy. Soap Hub wishes the happy couple best wishes and a long and happy life together!

Surprise!!!! Cats out the bag! It’s official Mr and Mrs Meder !!! I love you babe, forever and ever.