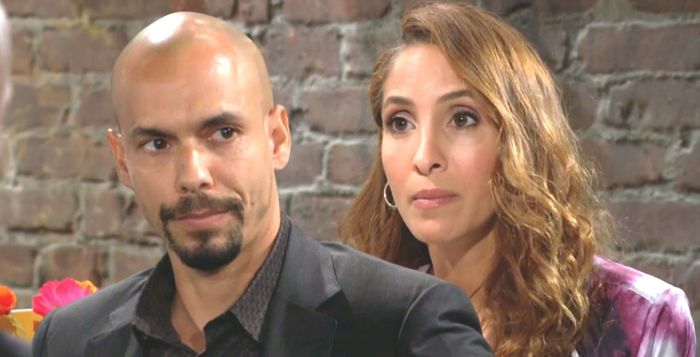 Young and the Restless Lily and Devon

After being Missing In Action for weeks on The Young and the Restless, Jill Foster Abbott popped up on Zoom to announce that she wants to take the newly combined Chancellor-Winters company public.

Lily Winters (Christel Khalil) and Nate Hastings (Sean Dominic) were all for the idea. Devon Hamilton (Bryton James) was a lot less enthused, and Billy Abbott (Jason Thompson)…has other stuff going on. But what do the most important stakeholders, the viewers, think? Here’s how over 2,000 of you voted.

Are you kidding, 59% of you are Team Devon. They’ve just merged the company Jill’s (Jess Walton) late husband and Lily’s late father built. They can’t even figure out staffing yet, as demonstrated by Nate’s ongoing tantrums and Billy’s perennial lack of focus. Human Resources must be swamped. They are not in a well-oiled-machine enough mode to consider entertaining such a major shakeup!

Up To  Young and the Restless Jill

Jill pitched this, 32% point out, how about letting her explain her vision before jumping to any conclusions, one way or the other? The young (and restless) people are so busy arguing among themselves that they haven’t stopped to question Jill’s objectives. She might have a plan that unites them all in approval — or rejection. Either way, shouldn’t she be at the center of any discussions?

Only 9% are with Lily and Nate on this: Yes! Go for it! True, we have no idea how big business works or even what Chancellor-Winters does exactly, save vague music and web stuff. But since it seems like most of them never really work, they just have personal conversations in the office, then take four-hour lunches by the pool, we can’t imagine this will do any harm. And it will make them beholden to stockholders…not just to each other. They might actually get something done!