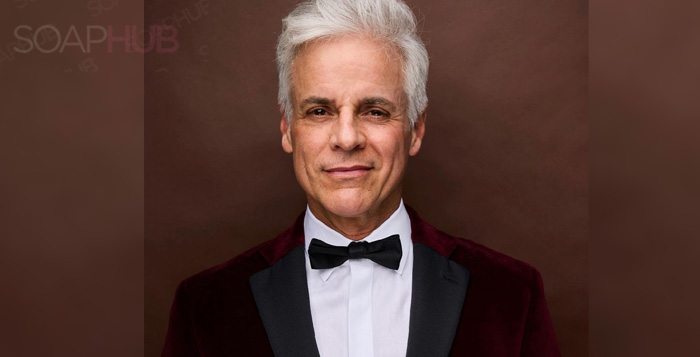 From volatile and voracious sexual harasser to a sedate, one-woman man, The Young and the Restless’ Michael Baldwin has undergone quite the transformation over the decades. It’s a feat to be celebrated, as is the milestone being recognized by actor Christian Le Blanc.

That’s because he was born on August 25, 1958, in New Orleans, Louisiana, which means that this fan favorite is turning 64 years old today! Tulane University graduate Le Blanc took a photographer’s suggestion that he attempt modeling to heart, and soon he branched out into acting.

His first role was Kirk McColl on As the World Turns, which he played between 1983 and 1985. One of his co-stars on that show was future Oscar-winner Marisa Tomei. He subsequently joined the inaugural cast of In the Heat of the Night, with his character, Patrolman Junior Abernathy, appearing in eight episodes.

Between 1991 and 1993, Le Blanc played the villainous Michael Baldwin on The Young and the Restless — a role that he would eventually reprise in 1997 and continues to play into the present, helping take the character on a complete 180.

For his work in the role, Le Blanc has so far received 12 Daytime Emmy Award nominations and collected three of the trophies, all for Outstanding Lead Actor.

Le Blanc’s other acting credits include the made-for-TV movies Seeds of Tragedy and Perry Mason: The Case of the Killer Kiss, the feature film The Disturbance at Dinner, and episodes of Diagnosis: Murder, as well as a cameo as a wedding guest on the final two episodes of the now-defunct CBS soap Guiding Light.

Soap Hub would like to wish Christian Le Blanc a very happy birthday, and you can too by clicking on the Twitter link below. The Young and the Restless (YR) airs weekdays on CBS. Check your local listings for airtimes. For more about what’s coming up in Genoa City, check out all the latest that’s been posted on Y&R spoilers, and for an in-depth look at the show’s history, click here.