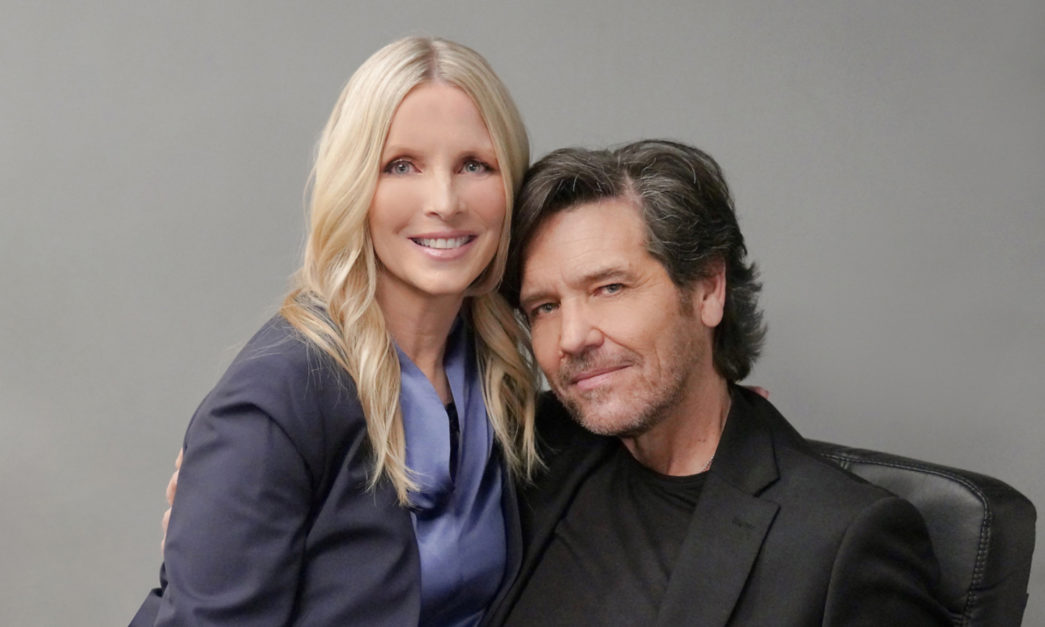 Danny Romalotti is back in Genoa City but he has yet to run into ex-wife Christine Williams on The Young and the Restless. Fortunately, that’s going to change. Danny’s portrayer, Michael Damian, sat down with Soap Hub to preview the upcoming long-awaited reunion.

“I got a call from Y&R and they told me they wanted to put some fun stuff together for the 50th anniversary,” Michael Damian tells Soap Hub. “I was coming back from Ireland to start post-production on a film and that put me back in [Los Angeles] at the perfect time.”

Viewers have seen Danny reunite with ex-wife Phyllis Summers (Michelle Stafford) and son Daniel Romalotti (Michael Graziadei) but the best is yet to come in the following days when Danny is reunited with Christine (Lauralee Bell) — who will always be Cricket to him.

“Phyllis, It Sure Isn’t You”

As veteran viewers recall, Danny and Cricket were happily married until he broke up with her in an overnight letter. What happened? Danny, who had moved to New York to perform in ‘Joseph and the Amazing Technicolor Dreamcoat,’ had had sex with Phyllis and fathered Daniel — or so he and viewers thought! Eventually, it was revealed that Phyllis drugged Danny and he was not the father of her son. Christine had moved on by this point and married Paul Williams (Doug Davidson) but some still wondered if Danny and Cricket would reunite.

“You’re absolutely right,” Damian says about how the story going in the direction of a reunion would have been a nice payoff. “Danny and Cricket are star-crossed lovers. There were forces that pulled them apart. It wasn’t something that either of them wanted or planned. They were going to be together forever — just like Danny and Sandy going off in the car at the end of ‘Grease.'”

Watch for Danny and Cricket to examine their past and what might have been had Phyllis never entered the picture. “There’s some great stuff that happens,” Damian teases. “I think the audience is going to be pleased.” While Cricket started going by her birth name Christine even when she and Danny were still married, Damian says Danny will “always” call his ex “Cricket.”

“Talk about a revolutionary guy,” Damian marvels of Bell. “Amazing storytelling…the concerts he put together were epic. We emptied the sets out of the stage and put in a concert set. They were to the scale of my actual concerts. There were pyrotechnics, fabulous lighting systems, projected backgrounds…nobody was doing anything on that scale. CBS and the Bells went the distance and it paid off. It helped me get a No. 1 record [‘Rock On’] in real-life.”

Away from Y&R, Damian and his wife Janeen Best Damian, have been producing movies. Their next film is titled ‘Irish Wish,’ which stars Lindsay Lohan (ex-Ali Fowler, Another World). “We shot the whole thing in Ireland,” Damian previews. “It’s a ‘be careful what you wish for’ story. Sometimes you may not get what you want but you get what you need. It’s a love story, a romcom, and a love letter to Ireland. Lindsay is fabulous in it.”

And while Christmas is over, Damian has reason to still celebrate the holidays. He recently released a tune, ‘Must Be Christmas,’ from a film he produced titled ‘Falling for Christmas,’ which also stars Lohan.