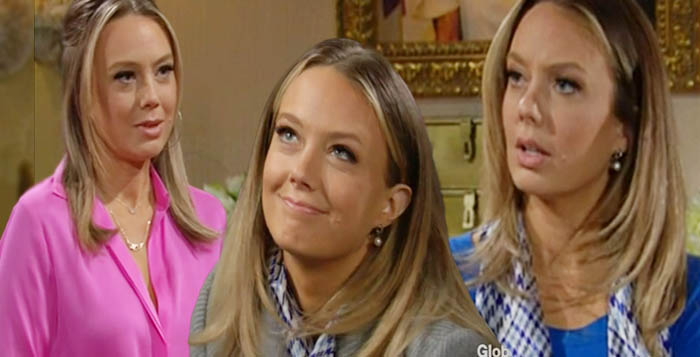 The Young and the Restless featured Abby Newman Abbott Chancellor quite a bit over the past several months. However, there’s one thing notably absent for this member of three of Genoa City’s most prominent families — her connection to the Newmans and the Abbotts. Both families have had huge storylines, and she’s been MIA.

The Young and the Restless Missing Link

Abby (Melissa Ordway) is a new mom, with Dominic taking up a large part of her time. Plus, she’s helping her husband, Chance Chancellor (Conner Floyd), get past his recent trauma overseas. However, when it comes to the rest of her family, Abby is nowhere to be seen.

Jack Abbott (Peter Bergman) made a big point of telling his family about Keemo’s death, and then later, he also revealed that Keemo had a daughter named Allie Nguyen (Kelsey Wong). Interestingly, Abby, who is typically a big part of the Abbotts, wasn’t included in any of this storyline. While she is a busy new mom and something of a newlywed, it doesn’t seem plausible that she wouldn’t have been involved in the recent family meetings.

Young and the Restless: A Sister In Need

Then, and this is even more surprising, Victor Newman (Eric Braeden) rallied the troops to help “save” Victoria Newman Locke (Amelia Heinle) amid Ashland Locke’s (Richard Newman) egregious lies. We know Abby didn’t travel to Italy for the couple’s wedding, but at least she had something of an excuse. When even Adam Newman (Mark Grossman) was there for his ungrateful half-sister, we find it shocking that Victor didn’t include his youngest daughter, Abby, in the recent intervention the family held for Victoria.

Finally, there’s the fact that Abby failed to tell her family about Dominic needing and then having a bone marrow infusion. That’s a significant event in the little boy’s life, and it’s a time when Abby might need the extra support her family could provide.

What gives? Why has Abby basically disappeared as a member of her extended family? Part of joining her with Chance meant bringing together the three influential families, yet the soap hasn’t taken advantage of that so far. Far be it from us to ask for more of her after the whole baby storyline, but still, this situation leaves us scratching our collective heads in wonder.