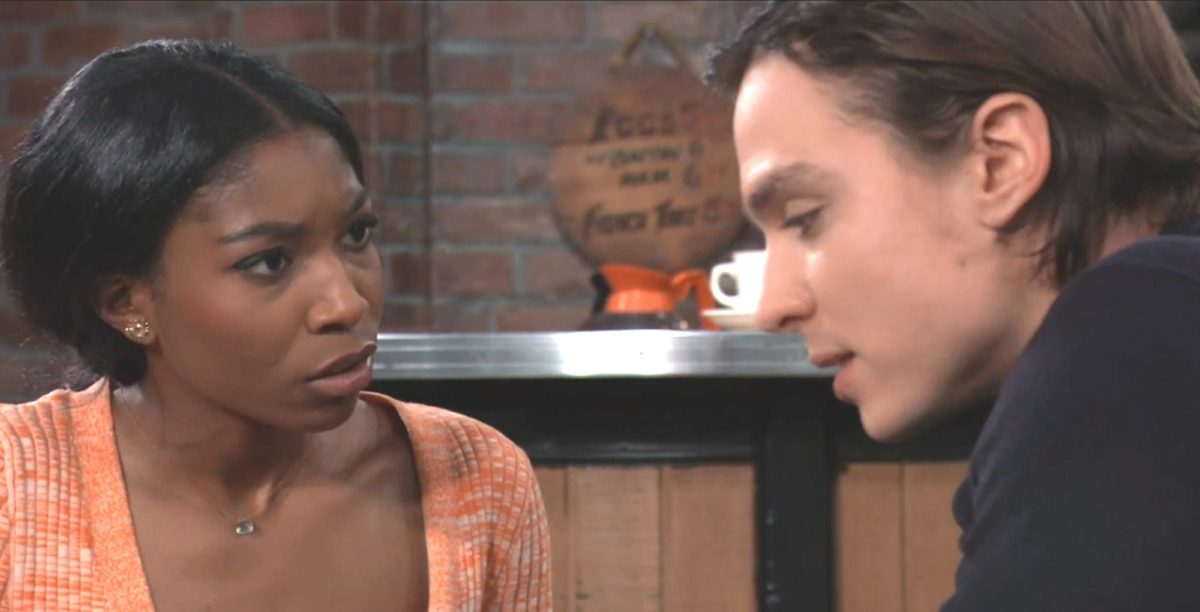 General Hospital spoilers reveal a connection being made, a confidence being taken, feelings becoming more clear, a much-needed visit, and motives being questioned. You won’t want to miss an exciting moment of this new episode.

Spencer (Nicholas Alexander Chavez) was warned by Ava that he needed to loop in Trina (Tabyana Ali) to his plans for suing his father and Esme (Avery Kristen Pohl) for custody of his younger sibling, who will be here shortly. He is finally ready to do as she suggested, but that doesn’t mean it’s clear sailing for him or the two of them together.

That’s because this isn’t exactly making sense to Trina. Look for her to be proactive as she questions Spencer’s motives for taking this giant leap forward. After all, he’s barely out of school (and probably should still be in college) — is he really ready to be a full-time father? And what about her?

Cody (Josh Kelly) makes a connection. Does it have something to do with Gladys (Bonnie Burroughs)? She’s having to get some face time with Selina Wu (Lydia Look), who lets the other woman know it’s time for her to cover her debt. Will Cody realize there’s trouble and lend Gladys a hand?

Nina (Cynthia Watros) has been through an awful lot, and she is still trying to process everything regarding Willow — from her being her daughter to being pregnant and dealing with Stage 4 cancer. So she turns to someone she knows is in her corner — her fake daughter. Nina confides in Sasha (Sofia Mattsson), who certainly understands tragedy — possibly better than anyone else in Port Charles. Sasha advises Nina to show up for Willow the way she showed up for her.

Brook Lynn (Amanda Setton) and Ned (Wally Kurth) are all about family, and Quartermaines, of course, stick together. While she’s not a full Quartermaine yet, that doesn’t stop the father and daughter from paying a visit to Willow (Katelyn MacMullen). BLQ gets a shock while Ned has a word with Michael, letting him know they’re his forever family. For her part, Willow seems to be in good spirits, saying that miracles happen every day.

Drew (Cameron Mathison) talked things out with Olivia, and it helped him get what he was thinking in his brain and in his heart sorted out. Now it looks like he makes his feelings clear as he shows up on Carly’s doorstep. It’s a good thing, too, because Carly really wants to know where they stand.

In case you missed it, there were some amazing performances last week on General Hospital, and Soap Hub had a hard time choosing exactly who should be awarded Performer of the Week honors. Find out which actor made the cut and why by clicking here.