Lawman Harrison Chase stays in the right side of the law, but he, and his portrayer, Josh Swickard, may be “guilty” of stealing the Nurses Ball on General Hospital thanks to another stellar performance that’s coming up on the show.

To generate enthusiasm for the upcoming Nurses Ball, ABC has released a sneak preview of Chase’s routine this year. Last year, the shy detective got sandbagged a bit when he realized that he’d have to go on alone to perform Feel It Still, dressed up like Dick Tracy. His performance was a standout and GH has given him another routine to do for the 2019 Nurses Ball!

As you see in the video, the developing an ongoing relationship between Chase and Willow (Katelyn MacMullen) is given a nod in the routine.

At least one co-star is weighing in on Swickard’s performance. Co-star Eden McCoy (Josslyn) tweeted out her rave review!

This year marks the 25th anniversary of the Nurses Ball. The show-within-the-show fundraiser began in 1994 in order to bring awareness and raise funds for HIV/AIDS research.

SNEAK PEEK: Chase’s Nurses Ball performance has managed to make its way online. Head over to Facebook to watch before Lucy Coe has it taken down. CLICK TO WATCH: https://t.co/Mpg0mywkSZ @josh_swickard @TheLynnHerring pic.twitter.com/FVjJZjxdPU 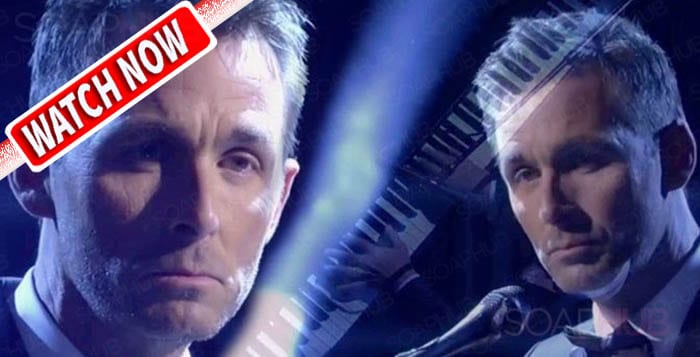