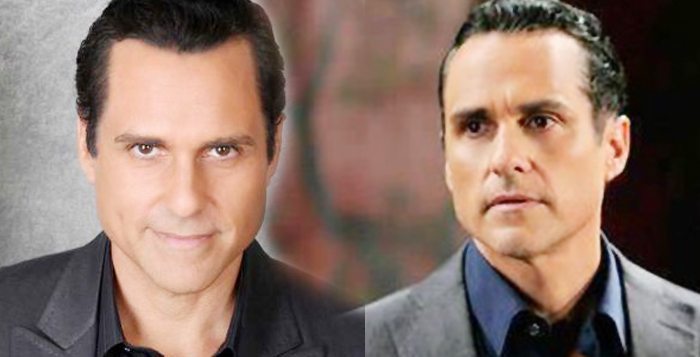 Creating an Anti-Hero
When Sonny first debuted on GH in 1983, he had no redeeming qualities. After all, he owned a strip club featuring underage “dancers” and was also a drug trafficker. When Benard decided he wanted to extend his stay past a year, GH had to find a way to make Sonny a likable character and that’s when his softer side emerged.

“You know, back when I started on GH and Sonny was running a club with underage strippers and supplying drugs, the role was only supposed to last six months,” Benard told Michael Logan in a TV Insider interview. “Then, I agreed to a year.

At the end of that deal, I had decided that I really liked being at GH, and really liked the people, so I wanted to stay—but how the hell could I do that when Sonny kept doing these horrible things? It was then I realized that I would have to start playing up his personal pain if I wanted to have a long run.”

That personal pain included a father who disappeared at a young age and an abusive stepfather. Eventually, Sonny was also diagnosed with Bipolar Disorder, something Benard himself has. It explained many of the character’s motives, but it never stopped him from being a crime lord.

As a matter of fact, Sonny always warns that once you’re in the mob, you can’t get out–something Julian (William deVry) learned the hard way.

Many fans have criticized GH’s treatment of Sonny through the years, creating a criminal who never pays for his crimes, but Benard feels he’s paid without a full jail sentence.

Paying for His Crimes
“I think he has paid. A lot. Maybe not by being behind bars, but he has suffered a lot of personal loss because of what he does for a living,” Benard told Logan. “People very close to him have died or very nearly died. I still get flack that Sonny shot his own son, Dante, through the chest. But Sonny didn’t know Dante was his kid at that point. And Dante was a rat! In the mob world, you shoot a rat.”

The Worst Crime of All
Despite shooting his own kid, Benard doesn’t think that was Sonny’s worst crime. As for his most dastardly deed, the actor goes with when Sonny shot and killed AJ.

[relbar link=”http://soaphub.wpengine.com/general-hospital/news-gh/rick-hearst-joins-new-show/” text=”Rick Hearst Joins New Show With Fellow GH Alum!”]”Shooting Michael’s father, A.J. Quartermaine…was the absolute worst thing Sonny ever did. But even that he managed to justify in his head. And then, after the funeral, Sonny and Ava (Maura West) had sex in the Quartermaine crypt. Now that was pushing the envelope. But it was good.”

That crypt sex led to the birth of Sonny’s youngest child (of many), Avery, so it wasn’t all bad. But, it certainly gives us the creeps every time we think about it. So, we have to agree with Maurice Benard on this one and agree that was Sonny’s worst crime…so far.