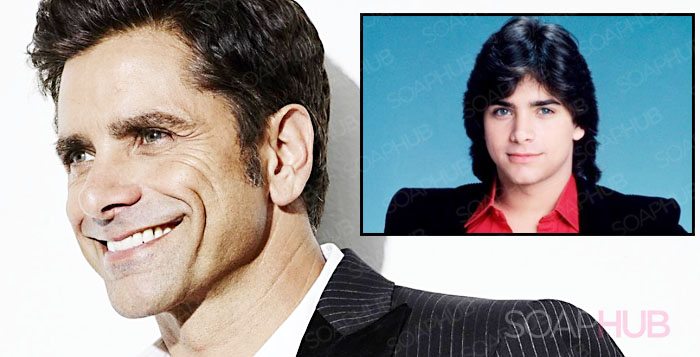 Have mercy! John Stamos is certainly best known for playing lovable Uncle Jesse Katsopolis on Full House in the late ‘80s and early ‘90s, but the actor has been working in Hollywood for decades… and got his start on a soap.

Along with Full House and its reboot Fuller House, Stamos has appeared on other primetime shows such as Grandfathered, ER, Glee, and Scream Queens. From his Disney obsession to playing with The Beach Boys, here are five fast facts about the popular actor.

Who Is John Stamos?

Stamos was born on August 19 in Cypress, California. He attended John F. Kennedy High School and played in the marching band. He wanted to become an actor at a young age and ended up skipping his first semester at Cypress College in order to pursue his dreams.

Soap Beginnings
Just three weeks after he chose to forgo college to focus on acting in 1982, Stamos was cast as Blackie Parrish on General Hospital. He was nominated for a Daytime Emmy Award for Outstanding Supporting Actor a year later, but Stamos left the show in 1984.

Disney Fanatic
John Stamos is a massive Disney fan, even proposing to his current wife at Disneyland, and owns a bunch of Disney memorabilia. In fact, he purchased a Disneyland entrance sign for $30,000. He also has figurines, posters, and even a cart from the Seven Dwarfs ride!

Along with being an actor, Stamos is also an accomplished musician — especially as a drummer. He became a fan of The Beach Boys as a teenager and now plays drums with the band from time to time. He has occasionally performed with them on tour over the years and is even featured in the music video for their song Kokomo.

Getting Personal With John Stamos
Stamos began dating model and actress Rebecca Romijn in 1994 and the couple got engaged in 1997. They tied the knot on September 19, 1998, but decided to separate in April 2004. Stamos then got engaged to Caitlin McHugh in 2017 and the couple tied the knot in February 2018. They also welcomed their child, a son named Billy, in April 2018.