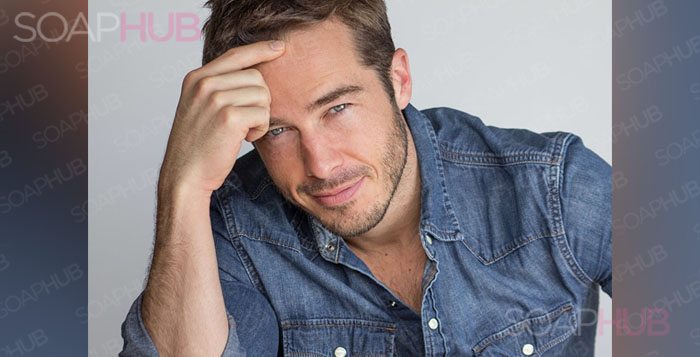 Lucas lingers in a coma right now on General Hospital and might need round-the-clock care when he recovers. Actor Ryan Carnes knows something about that and has partnered with Biotene to help promote the company’s #WhyWeCare campaign celebrating family caregivers everywhere.

In an Instagram post, Carnes tells the heartwarming and tearjerking story of his grandfather — how he was a caregiver and how Carnes eventually cared for his grandfather.

“My grandpa, 1 of 11 kids, dropped out of school in 6th grade, so he could work & take care of his family. After helping them through The Depression, he became foreman at a shoe factory, then married my grandmother, who eventually developed Alzheimer’s and leukemia,” Ryan Carnes wrote.

“During her battle, I saw her be very impatient, even cruel with my grandpa. But, I never once heard him bite back at her. He cared for and loved her as though nothing had changed since the day they married.

“It was an incredible lesson for me to witness, as my grandfather had also helped raise me. Eventually, he fell ill too, and I received the bittersweet gift of being able to help care for him. I only wish I’d gotten to offer him even more time and care. The impact my grandfather had in his multiple roles as caretaker, left an indelible mark on me that will never be forgotten.”

Carnes prefaced his story by explaining the Biotene #WhyWeCare campaign. “I want to invite all of you, whose life experiences have been positively impacted by the tireless work of a caregiver, to share your personal stories here in the comments below, or on your own social media platforms by tagging @BioteneUS and using the hashtag #WhyWeCare.

“Or maybe you’re a caregiver, yourself. If you are, we’d love to hear your stories, as well!  Share with us & with those in your social media circles how caring for others has improved your own life, improved the lives of those with whom you’ve been charged to look after, or inspired you to keep doing the incredible work that you do.  Please FOLLOW @BioteneUS & use #WhyWeCare to contribute to this important conversation about the necessity of showing up for, supporting, & taking care of others.”

Alzheimer’s and its effects have been highlighted on GH over the last year as Sonny Corinthos (Maurice Benard) has had to care for his father, Mike (Max Gail), who has taken a turn for the worse. General Hospital (GH) airs weekdays on ABC. Check your local listings for airtimes.