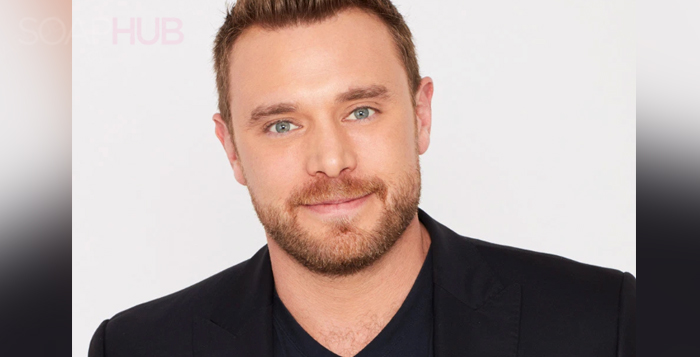 02:25
General Hospital Star Billy Miller Is Back At Work In A New Role

Billy Miller, loved by millions of soap fans for his roles on General Hospital, The Young and the Restless, and All My Children, is back at work. The actor isn’t returning to the soap opera world, however. He’s working on one of Hollywood’s oldest studio lots in a top-secret project.

“Timing is everything, Camera symbol: circa yesterday,” posted Marnie Sparer, Miller’s manager, on Twitter. The photograph, which can be seen below, shows a bandana-wearing Miller on the Paramount Studios lot in Hollywood. Many productions shoot on that lot, but not one of the four broadcast soap operas, so Miller’s not coming back to daytime, it appears.

Details on Miller’s project are being kept under wraps, but Sparer does share one tidbit: underneath Miller’s bandana, his beard is intact!

“Well glad to know the beard is still there,” posted @anu_sherigar, who added some smirking faces to her post. Adds @cindy2_0: “Awww it’s always so good to see Mr. Miller! Hope he is doing well. His fans miss him so much!”

Miller first burst onto the soap scene as the brother of Annie Novak (Melissa Claire Egan) on All My Children. Richie was a bad boy not long for the world, but after he exited AMC the actor wasn’t out of work for long. He joined The Young and the Restless in 2008 as Billy Abbott, the son of John (Jerry Douglas) and Jill (Jess Walton).

Miller’s Billy mixed it up with several of Genoa City’s leading ladies including Sharon (Sharon Case), Chloe (Elizabeth Hendrickson), and Victoria (Amelia Heinle). Miller exited the canvas in early 2014 in dramatic fashion following a car wreck he was in with Adam (now played by Mark Grossman) that happened when the two men were fighting over Adam’s role in the death of Billy’s daughter Delia.

Later that same year, Miller joined General Hospital as Jason Morgan — or did he? Later, when Jason’s previous portrayer, Steve Burton, came back to the show, viewers learned that Miller’s character was actually his twin — Drew Cain. Miller exited GH in 2019; Drew is presumed dead after being in a plane crash.