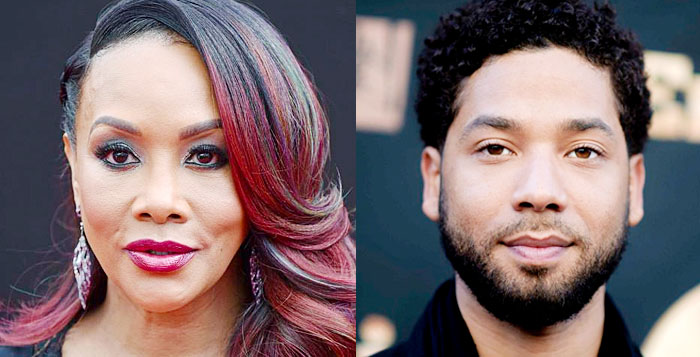 Fox has already handed down its decision on whether or not Jussie Smollett will be back for the Empire finale later his year, but that hasn’t stopped one of the actor’s former co-stars from weighing in on whether or not she wants it to happen.

“We are only halfway through the final season,” Fox revealed. “But it’s amazing, the chemistry on the set is amazing. This season [Cookie] got to spend a lot more time with her sisters and interact, and we’re trying to get her away from Lucious [played by Terrence Howard]. And so, it’s been an amazing experience so far.”

The co-hosts of the show asked Fox if she’d like to have Smollett appear in these last episodes to give closure to not only his character Jamal but also to the characters who have relationships with him.

“Of course, I love Jussie, and I always will,” Fox responded. “He’s family. You know, things happen. We started the show with him, and in my honest opinion, I’d love to finish it with him. But it is up to the network.”

Fox made the decision to release Smollett from the show after it came to light that the attack he reported last year appeared to have not occurred the way the actor said it did. In fact, Smollett has been accused of concocting the incident for various reasons. Recently, the show confirmed Smollett’s return as Jamal was still not happening.

You can check Fox’s interview with the women of Talk below. The Talk is hosted by Sharon Osbourne, Sheryl Underwood, Eve, Carrie Ann Inaba, and Marie Osmond. It airs daily on CBS. Check local listings for air times. The series finale of Empire is reportedly set to air in May.