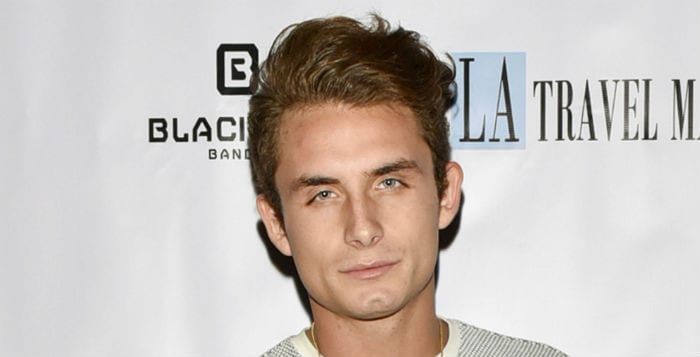 James Kennedy is sounding off on the rumors he uses cocaine after a video of what looked like the Vanderpump Rules star using the drug surfaced earlier this week.

The RBF Podcast first shared the video in question on their Instagram page and claimed it was the Bravo star.

Though it does look a lot like him, Kennedy took to social media to reveal it’s not him.

“THIS IS NOT ME,” he commented.

The account deleted the post after Kennedy said it wasn’t him, but they revealed it was actually fellow Vanderpump Rules star Jax Taylor who sent them the video in the first place.

“We got jax’d this afternoon. Shoutout to @itsjameskennedy & sorry we believed anything @mrjaxtaylor would tell us,” they wrote on Instagram.

“He lead me to believe that video was real then deleted his comments! @stassischroeder now I can officially say I’ve been JAXED also.”

Fans also commented they didn’t really believe it was Kennedy in the first place and some people even accused Taylor of being petty.

“It didn’t even look like James. The guy wasn’t skinny enough,” one person wrote.

“Apparently it’s been circulating since 2018 & Jax lied about being with James in Oklahoma last weekend. Moral of the story… Jax officially jaxed us,” another person said.

Somebody else wrote, “@mrjaxtaylor should be ashamed of himself. He’s a 40-year-old man acting like a juvenile delinquent. Some things never change.”

One other person said, “What a psycho. Clearly, he’s the one doing coke has anyone seen him in recent episodes? He’s out of his mind.”

We can’t wait to see this play out during the Vanderpump Rules reunion this season!