Shannen Doherty and Sarah Michelle Gellar are making all of our ‘90s dreams come true! The close friends found out they were both in New York City at the same time so they did what any BFFs would do — they took an adorable selfie together that you just have to see.

The two saw each other earlier this week and shared a photo paying tribute to an iconic teen show. And no, it wasn’t Beverly Hills, 90210 or Buffy the Vampire Slayer — their respective hit shows.

Both Doherty and Gellar posted the same selfie from the steps of the Met on Monday, August 6 and referenced the show Gossip Girl, which filmed many scenes on those exact steps.

“When your BFF is in NY [at the] same time as you and makes your gossip girl dreams come true. @sarahmgellar xoxo,” Doherty captioned her photo while Gellar captioned her pic, “Well well well upper east siders. S and S spotted on the steps of the Met XOXO.”

Doherty is in New York City promoting the much-anticipated Beverly Hills, 90210 reboot that includes almost the entire original cast (minus the late Luke Perry), which is set to premiere Wednesday, August 7 on Fox.

The 48-year-old has been sharing a lot of photos from filming over the past few months, which has reunited her former cast members Tori Spelling, Jennie Garth, Gabrielle Carteris, Jason Priestly, Ian Ziering, and Brian Austin Green.

“This is what happens when you do a 6 day work week… can’t even take a proper picture. And yes, I’m as tired as I look but love these two @arent_you_that_guy @ianziering,” Doherty captioned a photo of herself with Ziering and Green last week.

She also shared a photo of herself, Carteris, Garth, and Spelling in ‘90s garb, writing, “Wait what???? Flashback photo or present day? Guess you’ll have to tune in to see…. #bh90210August 7th on @foxtv.” Are you excited for the reboot? Let us know what you think in the comments section below.

When your BFF is in NY same time as you and makes your gossip girl dreams come true. @sarahmgellar xoxo

This is what happens when you do a 6 day work week… can’t even take a proper picture. And yes, I’m as tired as I look but love these two @arent_you_that_guy @ianziering 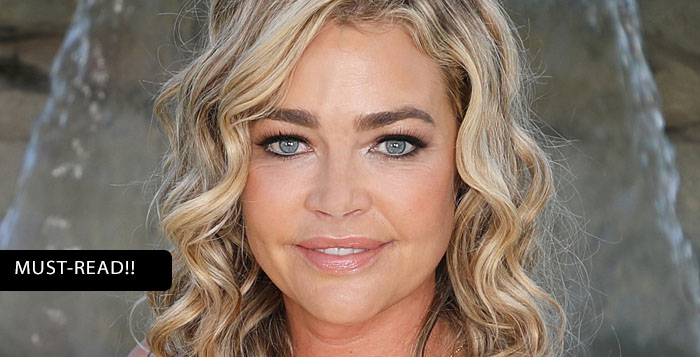