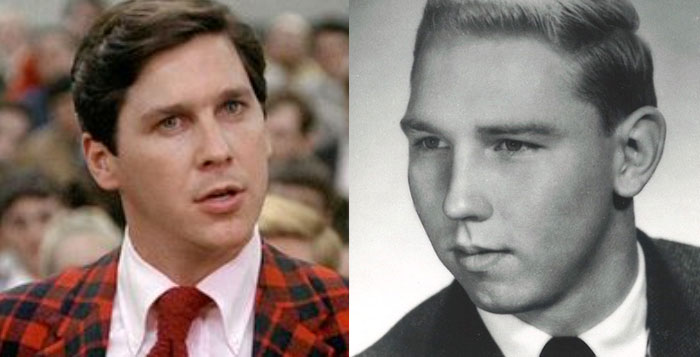 Robert Lee “Otter” Anderson, who provided the inspiration for Tim Matheson’s character, Otter, in the 1978 film Animal House, has passed away.

He died in Vallejo, Calif. on November 2 of complications from a pulmonary thrombosis at the age of 80. Anderson’s business partner, Tom Conger, shared the news of the real-life Otter’s passing.

Anderson was born on February 19, 1940, in Kansas City, Missouri to parents Carl Anderson and Varene Anderson. He grew up in Redlands, California. He played football, basketball, and ran track at Redlands High School and attended Dartmouth College, majoring in history. There, he joined the Alpha Delta Phi fraternity where he became known as “Otter.”

After graduating from Dartmouth, Anderson joined the U.S. Marine Corps. He married Gay Tabibian, his first wife, and the couple had a son and a daughter. After completing his military duty, Anderson attended UCAL Law School, earning the highest GPA in history. He graduated second in his class and was editor-in-chief of the Law Review.

Additionally, Anderson worked in prestigious law firms in California and New York. He got divorced and married second wife Nancy Dreher, a fashion designer. That union lasted four years. He then married his third wife, Melissa Dilworth Gold, who brought three children from a previous union to the new marriage. Shortly after their divorce in 1991, Gold was killed in a helicopter crash.

Anderson married a fourth time when he wed Ranny Riley, a business consultant and psychologist. They split up in 1998. He took a fifth wife, lawyer Jennifer Malloy later that same year. They had a son Cole. Anderson is survived by his other former wives, daughter Shareen Anderson, sons Michael Anderson and Cole Anderson, step-children Nina, Ari, and Ethan Gold, two grandchildren Liam Anderson and Zoe Anderson Gomes, and faithful companion, his dog Dude.

Memorial services are pending due to social-distancing concerns related to the worldwide COVID-19 pandemic. Entertainment Hub sends condolences to Anderson’s family and loved ones at this difficult time.