The final episode of Season 16 of NCIS certainly packed a punch for longtime fans of the hit CBS series — so much so that in the final minutes, there was a complete game changer. If you don’t want to be spoiled about Tuesday night’s episode, aptly named Daughters, don’t read any further.

While the episode focused on Gibbs (Mark Harmon) and his longtime BFF Fornell (Joe Spano) trying to figure out what was going on with Fornell’s daughter, Emily (Juliette Angelo), after she suffered an opioid overdose, it brought forward the themes that Gibbs has been working on near the end of this season — breaking Rule 10 and getting personally involved in cases.

That crisis seemed to start earlier this season when Bishop (Emily Wickersham) confronted him over getting personally involved in a case that revealed to Bishop that Ziva (Cote de Pablo) was seemingly alive, not having died in Israel several years ago.

He has since had a crisis of faith and in the finale, help finally arrives in the unlikely form of ex-wife Diane’s (Melinda McGraw) ghost. Who cares how we get McGraw back (stupid move for NCIS to kill one of their greatest characters in years, but we digress), let’s just enjoy her while we have her — and we certainly do.

It turns out Diane appears to all of her loved ones over the course of the hour — to Emily in her hospital bed, Fornell when Gibbs is there, and for Gibbs practically everywhere, making him push harder to solve the case.

By the end, Diane completely shrinks him, saying she knows he’s scared to get close to people because he lost his wife and daughter to Pedro Hernandez murdering them. She tells him she came to him because he needed help and she was there for him like everyone else in his life wants to be if he’d let them. He doesn’t have to face the danger alone.

Which is a good thing because thanks to the drug case, he is in great danger. How do we know this? Because (dun, dun, dun) his other daughter arrived to tell him so! Ziva returned and let Gibbs know she was there because he’s in danger.

Gibbs looked her, shocked. But then he called her his pet name, Ziver, and suddenly it became crystal clear that things for Gibbs, while getting dangerous, would be so much better! Ziva is alive — and she’s finally back. That’s one huge hurt that can now heal.

So is de Pablo back for all of next season or is this just going to be a guest arc? Tony DiNozzo (Michael Weatherly, now on Bull) fans will certainly want to know. He’s off raising their daughter. Of course, fans hoped he was with Ziva.

Perhaps she’s just on loan and will return to him off camera after she helps save Gibbs. Guess we’ll find out next fall. 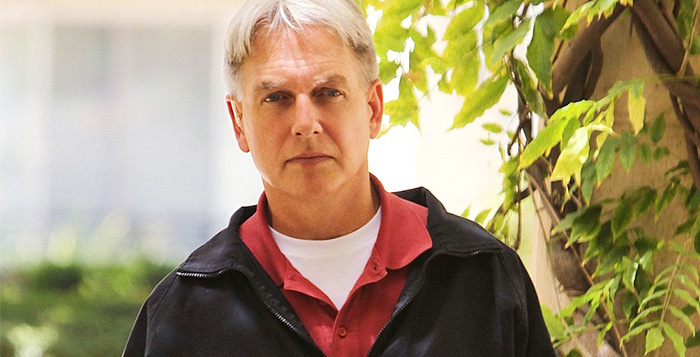