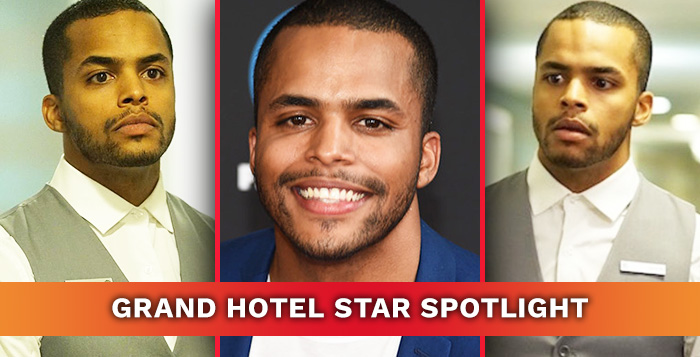 Chris Warren has gone from child actor to one of the many stars on ABC’s new show, Grand Hotel. If you’ve watched television — or at least the Disney Channel — over the past decade or so, there’s a good chance you’ve seen Warren on your television screen.

From his acting family to his breakthrough role, here are five fast facts you need to know about Grand Hotel star Chris Warren right here!

In The Beginning
Warren was born in Indianapolis, Indiana to Christopher Warren and Brook Kerr. His mother is an actress too, best known for playing Whitney Russell on the daytime soap Passions from 1997 to 2007. Because of his mother’s involvement in the acting world, Warren started acting at a young age and they moved to L.A. when he was 6.

Soap Star Himself
Warren’s first professional role was in the fan-favorite movie, Love & Basketball, which came out in 2000. He played the character of Kelvin. However, just like his mother, Warren was also on a soap opera for a little bit. He played Jimmy Ramirez on The Bold and the Beautiful back in 2004.

Hear Him Roar
Along with acting in television and movies, Warren has also starred in massive theater shows. In fact, he got the role of Young Simba in the national tour of The Lion King when he was just 12 years old, and they toured all over the country for two years.

Getting Personal
Not only is he a successful actor, but he’s also a married man. Warren and his wife, Layla Warren, tied the knot this year and went public with their marriage on Instagram back in May. Layla is an actress herself and has been on shows such as EastEnders.