Love is in the air for Bachelor in Paradise star Taylor Nolan!

Though it is still in the beginning stages, the 25-year-old seems to be very happy.

“Taylor finds her new man intelligent and funny, and is excited to see where things go from here,” a source told E! News.

“It’s very new and recent, but they have seen each other multiple times and talk every day.”

While Taylor lives in Seattle and her new guy works in Los Angeles, they have made trips to see one another and keep the romance alive.

“They have been dating and talking long distance, and she just got to L.A. yesterday to visit him over the long weekend,” a source explained.

And, while Taylor has not revealed the identity of her new guy on Instagram just yet, she has referred to him as “Canada man.”

“#CanadaMan has turned me into quite the little snow bunny,” she captioned a photo of herself from earlier this month.

“What better way to spend my last day in Ottawa than visiting the LARGEST spa in North America?!”

This comes less than a year after Taylor and Derek officially called off their engagement.

“It is with much sadness that we have decided to end our engagement,” they said in a statement at the time.

“We put everything we could into our relationship and are heartbroken to go forward separately, but we know this is the best decision for the both of us. We will still be present in each other’s lives with support, admiration and respect for each other.”

What do you think of Taylor dating a new man? Do you think it will last? Let us know what you think! 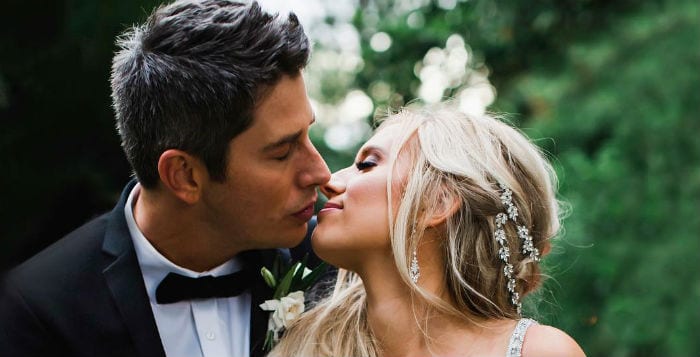 Arie Cried When He Saw Lauren On Their Wedding Day