DAYS spoilers weekly update for December 20 – 24, 2021, tease the week ahead is full of a psychopath raised from a deep deep sleep, devilish schemes, and life-changing news for one in-love couple. Tune in next week so you can catch all of the action in Salem!

Sami Brady DiMera (Alison Sweeney) found Nicole Walker (Arianne Zucker) and EJ DiMera (Dan Feuerriegel) in bed and lost it. She wasn’t the only one. Rafe Hernandez (Galen Gering) heard about the scene from Nicole and tried to persuade her to forget about EJ with a hot and heavy lip-lock – which Ava Vitali (Tamara Braun) secretly watched in silence. Nicole pushed him off, smacked him silly, and told him to get lost.

MarDevil almost killed Ben Weston (Robert Scott Wilson) and John Black (Drake Hogestyn) but Belle Black Brady (Martha Madison) came to the rescue. DAYS spoilers showed she hit her mom over the head with a rock and helped the men escape. Unfortunately, Satan wasn’t down for the count and now Belle is the newest target.

Philip Kiriakis (Jay Kenneth Johnson) was believed to be dead with Brady Black (Eric Martsolf) believed to be the killer. So much so, Trask (Tina Huang) convinced Kate Roberts (Lauren Koslow) and Victor Kiriakis (John Aniston) to declare their son legally dead so she could arrest Brady. Philip was not dead, though. He was hiding in Kate’s room above the pub.

MarDevil (Deidre Hall) was thisclose to being caught. She has to think quickly on her feet to get away, which brings her to her next move. The devious Devil wakes an unconscious Jan Spears (Heather Lindell) from her deep slumber and asks how she would feel about making life a little more hellish for Shawn-Douglas Brady (Brandon Beemer) and Belle. With the two sinister souls in agreement, they concoct a scheme to punish Shawn and Belle.

Moving rather quickly (even for Salem…) Chanel Dupree (Raven Bowens) and Johnny DiMera (Carson Boatman) return from Italy with life-changing news. They’re married! We wonder if this marriage will be anything like Chanel’s first marriage to Xander Cook (Paul Telfer) which lasted only a few weeks and was conceived in a bid to get her momma’s money? The in-love young adults claim it was done for love and they are ready to live happily ever after together. Their families still have doubts, and make it known that they’ll need some time.

DAYS Spoilers: Wednesday, December 22, 2021
Marlena and Jan concoct a scheme to punish Shawn and Belle.
Chanel and Johnny defend their actions to Paulina, EJ, and Sami.
EJ has a change of heart.
Kate tries to prevent Roman from discovering the truth.

DAYS Spoilers: Thursday, December 23, 2021
Sami finally gets what she wants.
Jan tricks Shawn into meeting up with her.
Ciara and Ben reunite with Doug and Julie for Christmas Eve.
A possessed Marlena makes her move…

DAYS Spoilers: Friday, December 24, 2021
Belle and Shawn are horrified by Jan’s deception.
Steve and Allie search for a missing Tripp.
Jack returns home from Boston with a surprise for Chad and Abigail.
John receives a Christmas miracle.
Doug, Julie, and Ben attempt to protect Ciara from Marlena. 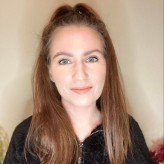 Ashley is the Audience Development Manager of Soap Hub.
Ashley has 10+ years of experience working and connecting with people in the digital media industry.
Prior to that, Ashley spent time at Digital Media Agencies where she learned the ins and outs of Inbound Marketing using HubSpot and Iterative Marketing.
Based in Minnesota, Ashley enjoys taking advantage of Minnesota’s 4 seasons and especially getting out on the lake in the summer.