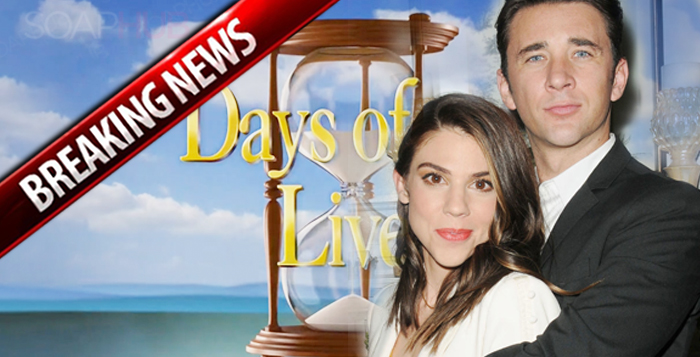 Days of Our Lives Chad and Abby

If you don’t get your fill of Days of Our Lives in the afternoon on TV, well, Corday has a solution for you.

According to a press release from Corday Productions, DAYS will now have a companion series you can only see via two apps and online. Each series will consist of six 10-minute episodes and the first one launches on the DAYS App (DOOL App) this Thursday, August 1. It will be all about Chabby and be called “Chad and Abby in Paris.”

The episodes will first debut on the DOOL App, but then a week later, fans can see it both on the NBC app and the NBC website. Austin Reed (Austin) will also make an appearance in this Chabby companion series, flaunting his newly-single status.

“This new scripted digital series was created to complement storylines while enhancing the viewers’ experience as they watch the broadcast show,” said Greg Meng, co-executive producer, DAYS, who also led the development team for the DOOL App.

“The DOOL App serves as our platform for delivering this and other original content to fans who want an interactive and multimedia experience as well as a way to stay connected to the show,” Meng adds. “DAYS has been a leader when it comes to innovation, going as far back as 1965 when we were the first to broadcast in color.”

When the series first debuts this week, there will be three episodes for immediate viewing. After that, one episode a week will drop.

So, Salem is entering the digital age of soaps in quite the way. Will the other three remaining soaps follow? Days of our Lives (DOOL) airs weekdays on NBC. Check your local listings for airtimes. 04:09
See It Again: Gabi Fantasizes About A Life With Chad