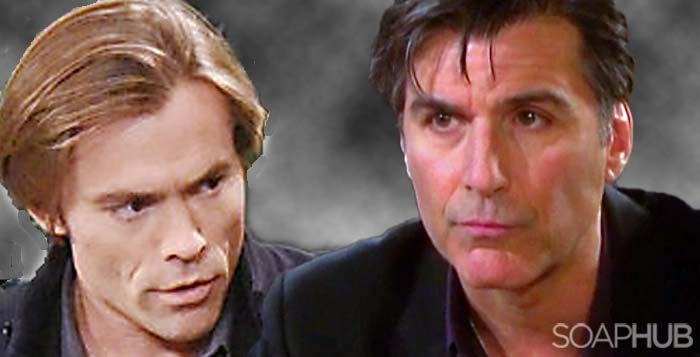 Spoilers for Days of Our Lives reveal this week it going to be a big one for two members of the Kiriakis family.

That’s because Deimos will be giving the order for Philip – his own nephew – to be tied up and injected with a drug.

Deimos knows that Philip had information about Chloe’s (Nadia Bjorlin) baby, and he wants to get to the bottom of it. But will things get out of hand? Soap Hub asked if you think Deimos will end up killing Philip.

Knowing Your Limits
After over 8,000 votes were tallied, 51% of you say no way will Deimos kill Philip. You’ve seen Deimos begin to reform, and you can’t believe he’d go so far as to kill his own nephew.

Sure, the two men have been at odds, but Nicole’s (Arianne Zucker) love has mellowed Deimos’s darker tendencies. And, while tying up Philip and drugging him is way over the top as it is, you just can’t see him going that step further and killing him.

Beginning of the End

There seems to be 25% who fear that Deimos will end up killing Philip (John-Paul Lavoisier), especially since you know…continue reading on the next page —>

Watch a beautiful tribute to DAYS gone by!