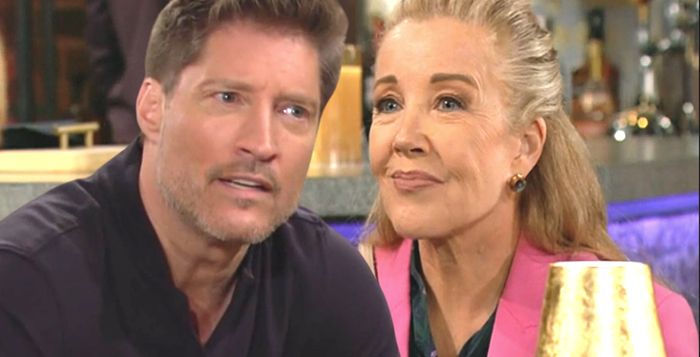 The Young and the Restless marks its 50th anniversary season premiere on Friday, September 30, and the CBS daytime drama chose a big crossover with its sister soap, The Bold and the Beautiful, to mark the occasion. Of course, the big question is, which characters will be crossing over?

While the soaps have crossed over numerous times over the years — most recently with Kyle Abbott (Michael Mealor) and Summer Newman (then Hunter King) heading to Los Angeles for dirt on Sally Spectra (Courtney Hope) — it’s always exciting to see how the storylines and worlds collide.

This time, TV Insider reported that viewers will see Nikki Newman (Melody Thomas Scott) and Deacon Sharpe (Sean Kanan) stepping into the other soap’s storylines. Of course, Deacon has lived in Genoa City before and shares a romantic past with Nikki, so it won’t be a big stretch to see him back there. Kanan is set to make his return to Y&R when Deacon pops up in Genoa City on Tuesday, September 20. Watch for Thomas Scott to visit B&B the following week.

Given the characters involved, we can’t help but wonder if the whole thing has to do with Diane Jenkins (Susan Walters), who recently returned from the “dead” after spending several years in Los Angeles. There’s no word yet on if Sheila Carter (Kimberlin Brown) might somehow find her way back to Genoa City since her latest love interest will return there, but fans would likely appreciate such a surprise.

Sheila was the first Y&R character to crossover to B&B back in 1992 when her antics in Genoa City caught up with her. She went west and landed a job as a nurse at Forrester Creations. This fall is shaping up to be an exciting time for Y&R, and with the big 50th-anniversary celebration coming, it’s sure to make for some great viewing for fans.