The week of March 18, 2019
With all her problems and anxiety since the baby switch, Flo (Katrina Bowden) could use a mom, and she’s getting one.

Real Housewives of Beverly Hills star Denise Richards has been cast in the contract role of Shauna Fulton. The character is set to make her daytime debut, next month.

Hunter Tylo is back for another appearance as Dr. Taylor Hayes. She airs on Monday, March 18. 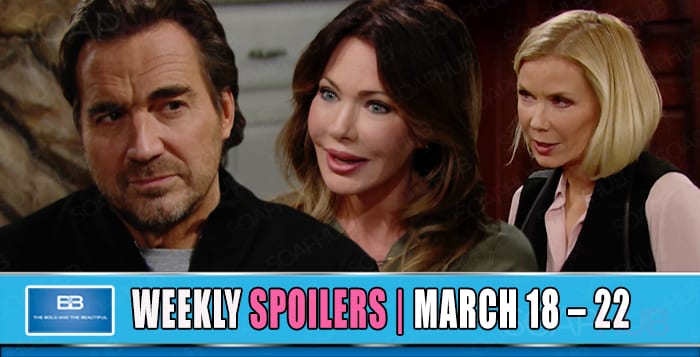