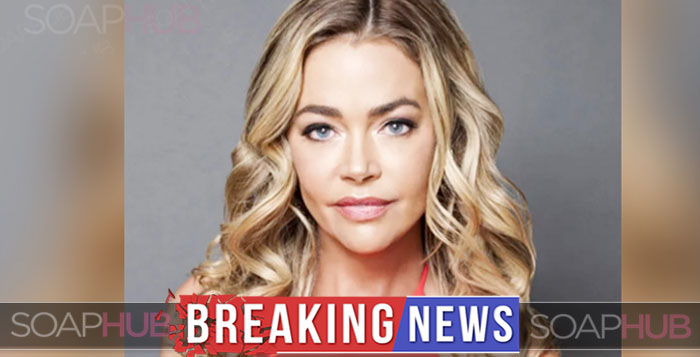 Sorry, Brooke. Shauna Fulton Forrester might be in your face even more now. Her portrayer, Denise Richards, one of the busiest women in show business, just got a little less busy. Therefore, she’s going to have even more time to devote to The Bold and the Beautiful.

Denise Richards Is Moving On

Variety broke the news that Richards is out at the long-running reality series The Real Housewives of Beverly Hills. A rep for the actress told the industry publication that Richards will not be returning to the unscripted series next season.

Just as Shauna’s been through a lot of drama on BB, so has Richards on The Real Housewives of Beverly Hills. During this season, castmate Brandi Glanville, formerly wed to Eddie Cibrian (ex-Matt, The Young and the Restless), claimed on camera that she’d had a one-night stand with Richards, who is wed to Aaron Phypers.

Denise Richards has also been clashing with castmate Lisa Rinna (ex-Billie, Days of our Lives) this season. Rinna suggested to Richards that they send the network a “cease-and-desist” but Richards responded with a patented stare she once used in the film Wild Things.

All this means Richards will have even more time to devote to playing Shauna. Currently, she’s managed to snag Ridge (Thorsten Kaye) into marriage. The groom can’t recall getting married, but he’s also in no rush to annul the union either. There’s an attraction between the two and Ridge certainly feels comfortable around Shauna. But is she enough to make him forget Brooke, the love of his life?

Adding fuel to the fire is Bill (Don Diamont), who is constantly drawn to Brooke even though he claims to love her sister Katie (Heather Tom). Quinn (Rena Sofer) won’t be happy until Brooke’s out of her life for good and she’d love to see her pal Shauna live happily ever after with her son-in-law, Ridge. Stay tuned to see what happens next! The Bold and the Beautiful airs weekdays on CBS. Check local listings for air times.