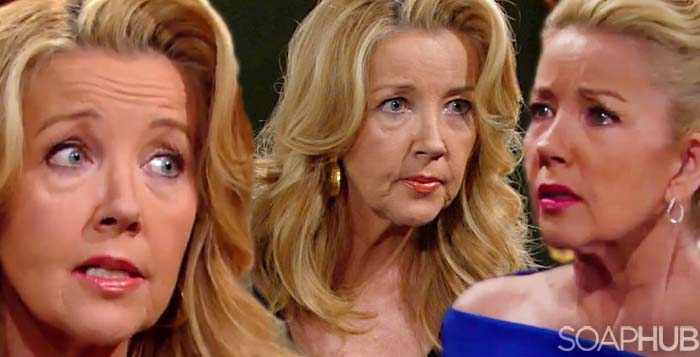 Nikki on The Young and the Restless

The Young and the Restless (YR) fans have known many Nikkis.

But this current Nikki (Melody Thomas Scott) may be the most fun of all. This is a Nikki that’s mad as hell at Victor’s latest machinations, and she’s finally not going to take it anymore.

She brow-beat and manipulated her kids into keeping quiet about what they know regarding Victor’s role in Adam’s (Justin Hartley) death, and then she turned on her husband, telling him she would fake being the loving wife in public but, behind closed doors, he was dead to her.

So how do viewers feel about this new Backbone Nikki? Here’s what over 4,000 had to say.

It’s About Time!
This uprising has been a long time coming, cheer 56% of you. Just how long were we expected to believe that Nikki could keep forgiving a man who hurt not only her, but numerous people that Nikki loves?

Lasting Love
The majority love this latest development, but 33% are worried about how long it may last. Nikki has backed down before.

She and Victor are painfully co-dependent. So before issuing a verdict one way or the other, they want to watch the story play out a little more.

Sugar, Sugar
Like Victor, 12% of the audience prefers a sweet Nikki — i.e. one who buys whatever he’s selling with a smile, then goes out and rails at anyone who doesn’t agree, even if that includes kids Victoria (Amelia Heinle) and Nick (Joshua Morrow).

But was Nikki ever really sweet, or was she just gullible? Are those advocating for a sweet Nikki really rooting for a return of Dumb Blonde Nikki?