Your The Young and the Restless spoilers weekly update for September 9-13, 2019, is here! Catch up on what you missed, get a sneak peek at what’s ahead, and see who won Soap Hub’s weekly cash prize! Y&R airs weekdays on CBS. Check your local listings for air times.

Weekly Update Transcript
Everything rushed by on The Young and the Restless this week, and we quickly came up to the edge of a cliff!

Adam remained convinced that Victor had been the one to run him down on the road, and he sought his revenge by tampering with the man’s medication.

Things were equally dark for Billy, who woke up feeling terrified of his memory lapses… and now sees Chloe as the only person who can help him.

On the other hand, Devon felt like he was beyond help, having learned that someone was contesting Katherine’s will, but having no idea who it could be.

Now we’re right on the edge of the precipice, and it won’t be long before we plunge! Here are the spoilers!

The opening of the Grand Phoenix takes an unpleasant turn when Victor suffers a health crisis, prompting Nate to deliver some bad news.

Emotions start to run high, and that’s also true for Kyle and Summer, who experience a charged moment with one another. Caught between those two situations is Phyllis, who sees an opportunity to regain some of her reputation by seizing the chance to be a rescuer. 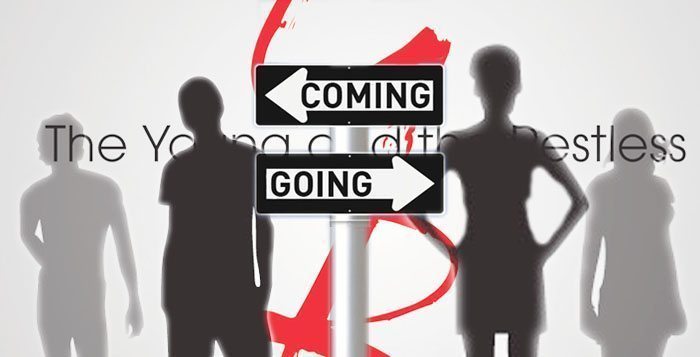