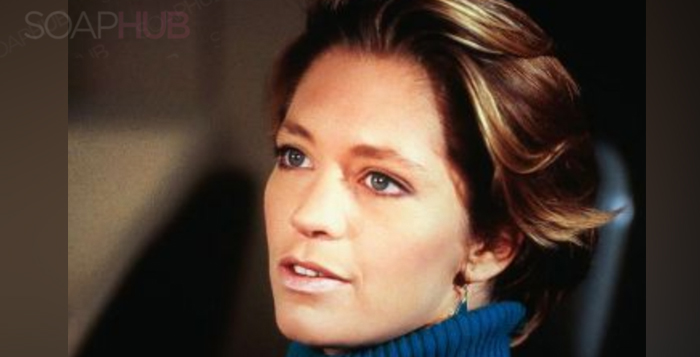 She was half of one of soaps’ most popular couples in the 1980s on As The World Turns, and now, she’s facing some legal charges.

From 1985-89, Finn Carter, who Sierra Esteban Montgomery on As The World Turns opposite Scott Bryce’s Craig, was in court in Las Vegas recently facing stolen vehicle charges, according to the Las Vegas Review Journal.

According to the report, Carter is looking at one count of possessing a stolen vehicle. She’s also facing 14 counts of possessing a credit card without having the cardholder’s consent.

At her first appearance in court this week, the actress told the judge that she has a place where she can stay after the judge asked her if she had a “stable address.”

She was released and is scheduled to return to court in October. Prosecutors have 90 days to decide whether or not to file a criminal complaint.

Carter reprised Sierra in 1994. Craig and Sierra’s love song, Suddenly by Billy Ocean, helped cement the duo as one of soaps’ most popular duos in the 1980s.

In addition to ATWT, Carter’s other acting credits include CSI, Strong Medicine, Judging Amy, ER, Murder She Wrote, and the film Tremors. Prior to her second marriage, Carter was wed to former ATWT co-star Steven Weber (ex-Kevin).