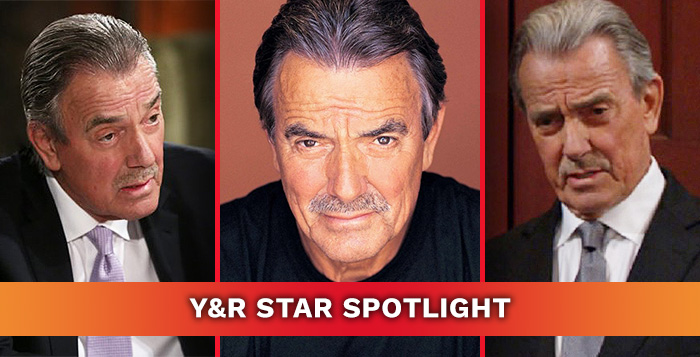 The Young and the Restless Eric Braeden

Eric Braeden stars as Victor Newman on The Young and the Restless, a role he has been playing since 1980. But Braeden was already well into his distinguished acting career, having entered the business back in 1961.

While Victor Newman seems awfully rich, he doesn’t approach the wealth of the character Braeden portrayed in a major blockbuster movie over 20 years ago. From where he was born and raised to his successful son, here are five fast facts about the actor.

In The Beginning
Braeden was born Hans Gudegast on April 3 in Bredenbek, Germany (near Kiel), where his father was the mayor. He lived there until he emigrated to the United States in 1959, first landing in Texas. He left after a month to work on a ranch in Montana. He attended college at the University of Montana and became a naturalized citizen.

Just For Kicks
Before becoming an actor and moving to the states, Braeden won the German National Team Championship in Track and Field. He also played in the 1973 National Challenge Cup with the Jewish soccer team Maccabi Los Angeles. He still stays fit playing soccer, tennis, and boxing.

Highest Honor
Though he left Germany when he was 18 and became an American citizen, Braeden was awarded the Federal Medal of Honor by the President of Germany. The award was for promoting a “positive, realistic image of Germans in America.” In 1989, he was chosen as the only actor to be on the newly-formed German American Advisory Board.

Successful Son
Braeden married actress Dale Russell in 1966. The couple only has one son together, 49-year-old Christian Gudegast. Gudegast is a writer and filmmaker and wrote films such as A Man Apart, London Has Fallen, and Den of Thieves, in which he cast his very proud father.

Sinking Ship
Though Braeden is best known for playing Victor Newman on YR, he was in one of the most successful films of our time. He portrayed John Jacob Astor IV (the richest man on the ship) in the 1997 movie Titanic, which won the Academy Award. The Young and the Restless (YR) airs weekdays on CBS. Check your local listings for airtimes.