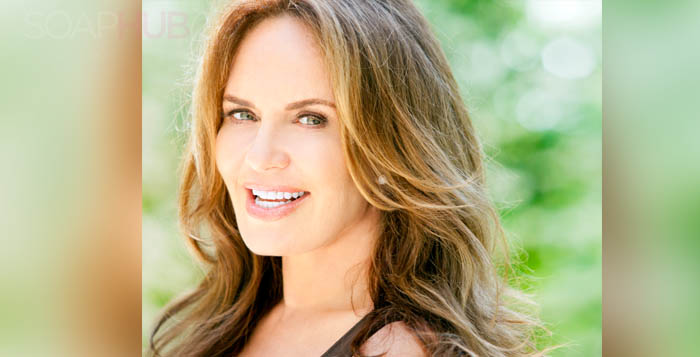 Catherine Bach The Young and the Restless

There have been a few surprise returns to The Young And The Restless over the last several weeks, and now, another one is coming! She’s a fan favorite who’s also known to viewers in prime time!

Bach is known to The Dukes of Hazzard fans for her iconic role as Daisy Duke, the character she played from 1979 to 1985 and reprised for two TV-movie (remember those?) reunions in 1997 and 2000.

The actress first made the Genoa City scene in 2012 as Chelsea’s mom. In short order, viewers realized where Chelsea got her con artist ways!

Bach, alas, stopped making appearances on YR after Chelsea fled town last year. And now, that Chelsea’s back, it’s only natural that we’d see Anita too! In fact, Chelsea even married a rich man who wanted her mother first. Will Anita (who might have a new name) think she’s entitled to some of his money?

Will the money-hungry mama be executing her own schemes or providing a sounding board to her daughter? Or both? Stay tuned to find out! The Young And The Restless airs weekdays on CBS. Check local listings for air times.