Beth Maitland is best known for playing Traci Abbott Connolly on The Young and the Restless. The actress has also brought Traci to The Bold and the Beautiful and has appeared on Criminal Minds.

Along with her acting career, Maitland enjoys spending time with her dogs and her daughter. From where she was born and raised to winning an Emmy, here are five fast facts about the YR actress.

Who Is Beth Maitland?

Maitland was born on May 12 in Rapid City, South Dakota, but her family moved to Scottsdale, Arizona when she was 7 years old. She started performing in local theater productions by the time she was a teenager and studied theater at Arizona State University. After, she moved to Los Angeles and took acting classes at the Los Angeles Film Industry Workshop.

Award-Winning Actress
Maitland won a Daytime Emmy Award for Outstanding Actress in a Supporting Role in 1985 thanks to her work on The Young and the Restless as Traci. She was nominated for her second Daytime Emmy in 2019.

Time Away From The Young and the Restless
When she’s not busy acting, Maitland loves to relax outside. Her favorite way to unwind is to sit outside by her fire pit, sip wine, and play with her dogs. She also began sewing as a teen now loves to quilt. She’s produced some online tutorials about the technique and has created some quilts for charities including Kate Linder’s Tea with Friends.

Getting Personal With Beth Maitland
Maitland married Christopher Banninger in 1989, but the couple separated in 2016. Banninger officially filed for divorce in 2018. They have one daughter together named Emelia. The Young and the Restless (YR) airs weekdays on CBS. Check your local listings for airtimes. 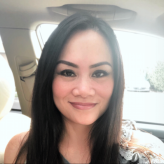