It looks like Hayden’s days in Port Charles are numbered as Rebecca Budig is leaving General Hospital (GH) two years after her contract began.

According to Soap Opera Digest, the show decided not to pick up Budig’s contract cycle and the actress is taping her last shows this week. She has known for a month she was leaving the show.

We do know fans love her pairing with Michael Easton’s Finn, so this will be quite a disappointment. (But, perhaps this is just a shot-term break?)

Of course, there are also unconfirmed rumors that Easton is also interested in departing GH. When the actor posted a Throwback Thursday of himself as Tanner Schofield on Days of Our Lives from decades ago, the social media buzz had him leaving ABC to reprise his role on the NBC soap.

A spokesperson for Easton told Soap Hub that was just a Throwback Thursday pic and nothing more.

Digest claims this axing is storyline-dictated, so perhaps Hayden and Finn will leave town together.

Budig began her GH tenure in 2015 as Hayden Barnes, a short-term character. After Hayden was shot in the head and lingered in a coma, GH signed the actress to a longer-term contract and made her a long-lost daughter of Jeff Webber, meaning she became Liz’s half sister. 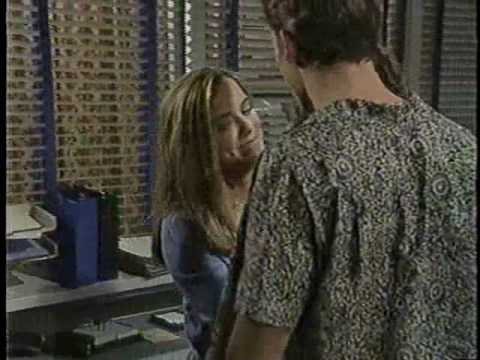